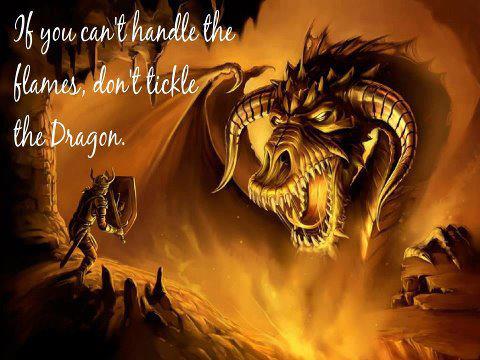 Don't forget to visit our sister blog!
Posted by nacktman at 12:10 PM No comments: 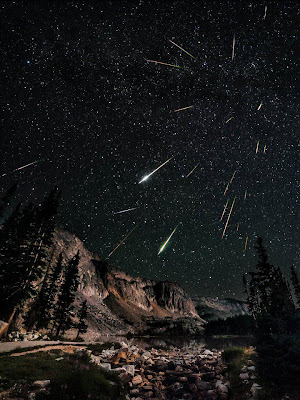 We'll be back to our regularly scheduled mayhem tomorrow.
Posted by nacktman at 12:09 PM No comments:

A father was left dumbfounded when his child’s tennis rackets were seized by airport security staff. Richard Chew, from Meanwood, West Yorkshire, packed two Dunlop child’s rackets in his hand luggage for a trip to Majorca before staff at Leeds Bradford Airport confiscated them, claiming that they could be used as weapons. The 46-year-old claims he was told that there was a chance that he could use them to knock a steward or stewardess unconscious with them.

The father of two said: “I support everything that’s done to make our skies safe but looking at the size and weight of what are little more than toys suggests that common sense flew out of the window that day. He added: “I was saddened on several fronts but managed to refrain from a John McEnroe-style outburst.” Richard was traveling with his nine-year-old stepson, Will, to visit the youngster’s mother Vicky, bask in the sun and play a few games of tennis. 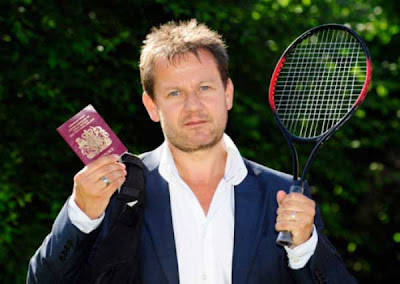 But borders staff told him they would have to hand over the rackets or pay £40 to go back through security and get them on board but the flight was due to set off in minutes. Now Richard is appealing for the airport to stop destroying the hundreds of items it seizes every year and either auction them or donate them to charity. Richard said: “This would be a real positive force in trying to contribute some good back into the community as they must seize hundreds of items carried in good faith that don’t meet the baggage restrictions test.

“It seems a crying shame to me that these are ending up in landfill and are not being used for good.” He said that in Pennsylvania in the US in 2004, the airport there raised $120,000 in its first year from confiscated items auctioned off on eBay, which was then plowed back into the community. A spokeswoman for Leeds Bradford Airport said: “Government legislation dictates what can and cannot be used as hand luggage. All UK airports are mandated to adhere to government legislation, compliance in this matter is frequently audited.”
Posted by nacktman at 12:06 PM No comments:

Police are trying to figure out who’s responsible for smashing a car window with a golf ball covered in hate speech. About 150 people were inside Gustavus Adolphus Lutheran Church in St. Paul, Minnesota, on Saturday afternoon.

They were celebrating Pastor Anita Hill’s installation as the regional director of a specialized ministry that reaches out to gay, lesbian and transgender congregants. Hill is an openly gay pastor in the E.L.C.A. (Evangelical Lutheran Church in America). After the service, Robert Paddock found a golf ball in his car with gay slurs written on it. 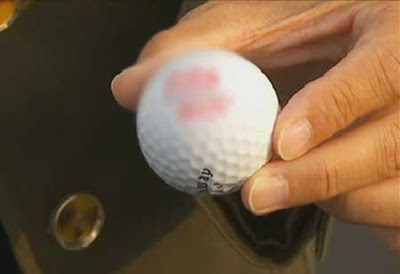 “It’s one thing to have your opinion – you may not accept this – but when you go out and damage people’s property, that’s another thing,” said Paddock. “It’s not changing anything by doing an act like that. It’s simply vandalism.” Emily Eastwood, the executive director of Lutherans for Full Participation, says they ball will be kept as a reminder.

“The St. Paul P.D. came, and they made a police report and documented the evidence. They said we could have the ball if we wanted it, they didn’t need it. So it’s going to live on my desk as a sign of the work we still have to do,” said Eastwood. There is a golf course across the street, but police say it’s impossible for the ball found in the car to have been an accidental hit.

Two female co-workers at a meat processing plant in Fujian, eastern China, got into a food fight on the production line over who was the fairest of them all—and the argument spiraled so out of control that their colleagues had to call the police.

It all started when 22-year-old Xin, learned that her friend, 20-year-old Zhang, had landed a bigger financial loan from the factory than she had. "I was angry with her after I found out that she managed to borrow more money from the company than me," Xin confessed. The fight broke out when Zhang took a dig at Xin's skin tone. "You look darker lately,” she told Xin, who said, "When she made fun of me and said I was dark, I got mad and lost my mind." 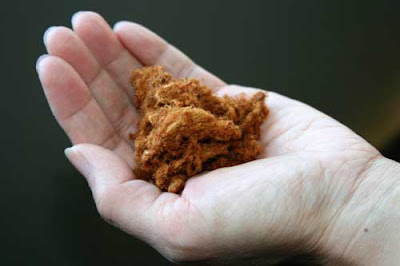 At first the ladies sparred verbally. "You don't look any fairer!" Xin said. "Fairer than you!" Zhang replied. And that's when all hell broke loose. Xin grabbed a fist full of meat floss from the manufacturing line and threw it in Zhang's face. Zhang retaliated by throwing a bunch of dried meat back at Xin. And then they really went for each other, which got so bad that police had to come in and break them up.

Baogai police force, from China's Fujian province, later let the girls off without charge but gave them a stern warning. Like other Asian countries, China's vanity market has been flooded by skin whitening products. Millions of women are being influenced by advertisements that push these lightening skin care items as the ultimate in modern beauty.
Posted by nacktman at 12:05 PM No comments:

Woman's missing finger and thumb grew back in phantom form

A woman born missing a finger and a thumb has grown them back – albeit as part of a phantom limb. This extraordinary occurrence shows that our brain contains a fully functional map of our body image, regardless of what our limbs actually look like. The woman, RN, was born with just three fingers on her right hand.

Aged 18, RN had the hand amputated after a car accident. She later began to feel that her missing limb was still present, and developed a "phantom" hand. "But here's the interesting thing," says Paul McGeoch at the University of California, San Diego. "Her phantom hand didn't have three digits, it had five." RN was aware of a full complement of fingers, but her phantom thumb and index finger were less than half the usual length. 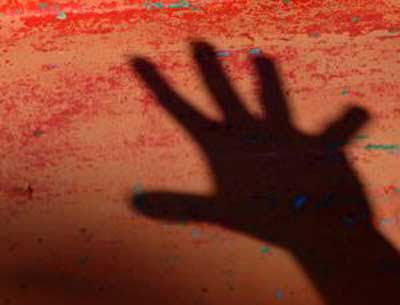 With training using a mirror box trick – a tool that creates the visual illusion of two hands – McGeoch and V.S Ramachandran, also at San Diego, managed to extend her short phantom finger and thumb to normal length. McGeoch says this study indicates that there is a hardwired representation in the brain of what the body should look like, regardless of how it actually appears in real life. It shows us more about the balance between the external and innate representations of a limb, he says.

"The presence of the deformed hand was suppressing the brain's innate representation of her fingers which is why they appeared shorter, but after the hand was removed and the inhibition taken away, the innate representation kicks in again." Matthew Longo at Birkbeck, University of London, says it is a fascinating case study. "It contributes to a growing literature suggesting that our conscious experience of our body is, at least in part, dependent on the intrinsic organization of the brain, rather than a result of experience."
Posted by nacktman at 12:05 PM No comments:

An elected public works commissioner in Greer, South Carolina, threw key lime pie at his wife during a fight and was later arrested. Greer police officers were called to the home of Perry Williams, 51, after his wife called 911 twice.

Officers said when they arrived, Williams' wife had blood under her nose and was covered with key lime pie. When police asked her what happened, she told police they had argued about whether key lime pie was a fruit or not, when some of it fell on Williams. He then became angry, throwing the pie at his wife. Police said there was pie all over the floor in the living room and in the dining room. 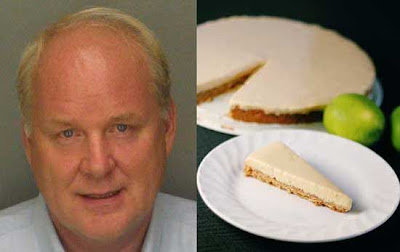 Williams' wife told officers there had been domestic violence incidents in the past but she had never reported it. After officers took her statement, police said she did not want to press charges, but they told her it was in the state's hands because of apparent physical injuries - a bloody nose and a scratch on her face.

She then ripped up the statement she had made and repeatedly told police it was a mistake she called them. Williams turned himself in and was charged with criminal domestic violence. He was released from jail on bond. Williams was elected to the board of Greer commissioners in May 2009.
Posted by nacktman at 12:04 PM No comments:

Man opts to save the surprise in his M&Ms

It’s something Russ Cole of Lexington Park, Maryland, does two to three times a week. The configuration manager for Sabre Systems stops by a vending machine at the building where he works at Patuxent River Naval Air Station, and he puts in the coins to buy a bag of peanut M&Ms. He says the yellow bag of multicolored candies are the most popular item in that machine. And he’s one of the reasons why.

Cole is one of those people who has a system as to how he eats M&Ms. He’s not one who casually pops the candy into his mouth. He’s a divider. After sorting all the colors into their respective groups, “I get rid of brown first, then yellows, reds, oranges, blues and lastly, green, my favorite color,” Cole explained. But on Tuesday last week, Cole got a surprise in his afternoon treat. He poured out the M&Ms and discovered one that didn’t fit in his traditional M&M-eating system. The bag included a white M&M. 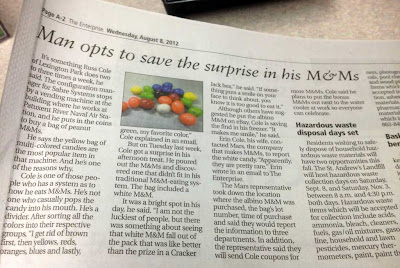 It was a bright spot in his day, he said. “I am not the luckiest of people, but there was something about seeing that white M&M fall out of the pack that was like better than the prize in a Cracker Jack box,” he said. “If something puts a smile on your face to think about, you know it is too good to eat it.” Although others have suggested he put the albino M&M on eBay, Cole is saving the find in his freezer. “It makes me smile,” he said.

Erin Cole, his wife, contacted Mars, the company that makes M&Ms, to report the white candy. “Apparently, they are pretty rare,” she said. The Mars representative took down the location where the albino M&M was purchased, the bag’s lot number, time of purchase and said they would report the information to three departments. In addition, the representative said they will send Cole coupons for more M&Ms. Cole said he plans to put the bonus M&Ms out next to the water cooler at work so everyone can celebrate.
Posted by nacktman at 12:04 PM No comments: