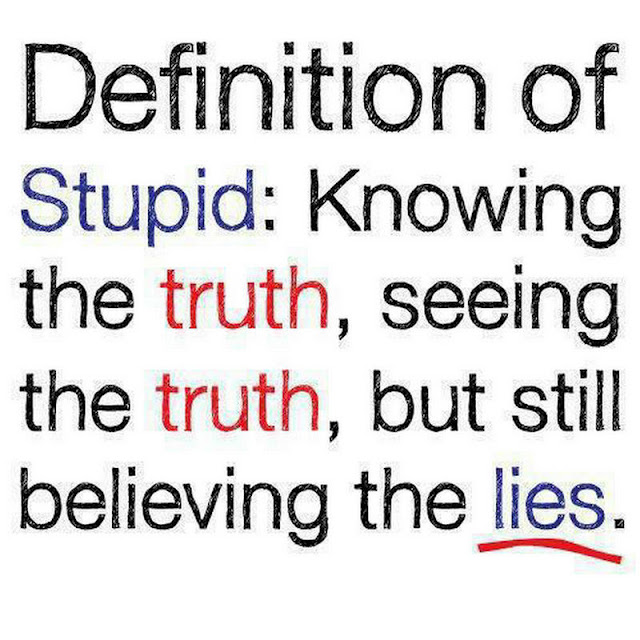 That pretty much covers it ...

Don't forget to visit our sister blog!
Posted by nacktman at 10:01 PM No comments:

From the reality based Rachel Maddow

"Barack Obama was born in Hawaii. The unemployment rate is below 8%. The day after the Benghazi attack, the president called it an 'act of terror.' Do whatever you need to do to make yourself feel better, but do not confuse your ''world-net-daily-caliber-theraputic-conservative-alternative-reality-fantasy-babble for what actually happened.

Because stuff really does actually happen. and eventually, you really do have to deal with it."
Posted by nacktman at 10:00 PM No comments:

In a June 6, 2012 conference call posted on the anti-union national federation of independent business’s website, republican presidential candidate Mitt Romney instructed employers to tell their employees how to vote in the upcoming election.

Now...remember...as the 1983 American Heritage Dictionary noted, Fascism is: "a system of government that exercises a dictatorship of the extreme right, typically through the merging of state and business leadership, together with belligerent nationalism."

Posted by nacktman at 9:58 PM No comments:

A repugican contractor arrested for vote fraud in PA

So our concerns about massive repugican voter fraud extending beyond Florida were justifed.It’s now hit Pennsylvania too.
I saw the story first on Not Larry Sabato, but it wasn’t entirely clear that this was definitively a repugican job, so I didn’t post it.  Now it has been confirmed, and the guy’s been arrested.
Via NBC we have the press release from the local sheriff:

Here is the full release from Rockingham County Sheriff Bryan F. Hutcheson:
PRESS RELEASE:
October 18, 2012
The Rockingham County Sheriff’s Office has made an arrest in the investigation of voter registration fraud that began on the afternoon of October 15th when law enforcement received a citizen complaint of voter registration application forms being found in a dumpster behind a business in the City of Harrisonburg.
The following individual has been charged:
The following charges have been placed:
These charges are based upon lengthy consultation with and assistance from the Rockingham County Commonwealth Attorney’s Office regarding the investigation.

More from Ryan Reilly at TPM:


His office began investigating after the manager at a Tuesday Morning store in Harrisonburg, Va., allegedly spotted a man on Monday afternoon throwing eight voter registration forms into a dumpster behind the shopping center where he works.
In an interview with TPM on Wednesday, the manager, Rob Johnson, said the man was driving a black Toyota with Pennsylvania license plates. He said he thought he saw the same car parked outside the Republican Party’s Harrisonburg Victory Office the following day. The office is just down the street from the shopping center.
“I spotted the car that the gentleman was driving when he threw the voter registration applications into the dumpster parked in front of the repugican campaign headquarters,” Johnson said.
A staffer at the Harrisonburg Victory Office referred TPM to the repugican cabal of Virginia, which has not responded to repeated requests for comment.

Posted by nacktman at 9:55 PM No comments:

Despite previous assertions to the contrary, SEC documents link Mitt Romney and his son Tagg Romney to a firm involved in the Allen Stanford $7 billion Ponzi scheme.Tagg, who recently threatened to “take a swing” at the President, has previously denied the links but legal filings say otherwise.  Surely the Romney’s strict religious faith, that Mitt talks about so much now, doesn’t approve of lying, does it? Or is this what they mean when people talk about “lying for the lord?”
Lee Fang at the Nation has more on the actual facts, rather than the Romney-family version of the story.  The story is from six days, and still is obviously quite relevant.


The private equity firm run by Tagg Romney—Mitt’s eldest son, who is now taking a leadership role in guiding his father’s presidential campaign—misled reporters last year about its involvement with a company run by men accused of taking part in a multibillion-dollar Ponzi scheme.
However, Solamere Capital’s statement, provided to ABC News, is false. Disclosures from the Securities and Exchange Commission show that Tagg’s company indeed maintains ties with the Ponzi-linked firm, Solamere Advisors.
The claim that Solamere Group didn’t invest directly in Solamere Advisors, the firm employing former Stanford employees, appears to have been an attempt to shield Mitt Romney. Mitt invested about $10 million into Tagg’s Solamere Capital venture, which would suggest Mitt has a direct financial relationship with folks involved in a Ponzi scheme. That’s because Solamere Capital pools together investment money to co-invest in other companies.

It’s also interesting to note that this revelation is only available because of the new reporting requirements for Dodd-Frank. No wonder Romney doesn’t like that legislation.
All of this, of course, brings us back to the critical problem of Mitt Romney’s missing tax documents.
Until Mitt Romney produces his full returns for the past ten years, rather than the scrubbed version of the last two years, that is missing a lot of details, we simply do not know the full extent of what he’s involved in or where.  And whether it’s even criminal.
For someone that is proposing to make such radical changes to the tax code – Romney has proposed a $5 trillion tax cut for the rich that even Faux News says doesn’t add up – we should know if he’s doing this to benefit the country, or just himself and his rich friends.
Posted by nacktman at 9:53 PM No comments:

And, guess what, there really was a real Tom Sawyer
Posted by nacktman at 9:52 PM No comments: 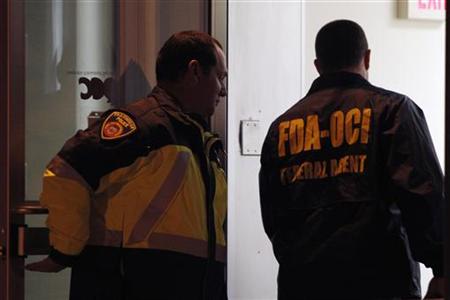 U.S. health officials made their first confirmation of the presence of a deadly fungus in one of three lots of steroids tied to a national meningitis outbreak as the death toll rose to 20 on Thursday. The U.S. Food and Drug Administration said it was still testing two additional lots of methylprednisolone acetate, the steroid used to treat back pain, for the presence of the rare Exserohilum fungus. It is also testing other injectable drugs that were supplied by the New England Compounding Center, or NECC, in Massachusetts.

"Now we can definitively say that the injections are linked to the infection," Dr. Tom Chiller, an epidemiologist with the U.S. Centers for Disease Control and Prevention, told Reuters in an interview. "To date, CDC has no firm evidence of infection in any patients beyond those exposed to the contaminated lots."
The CDC said the death toll climbed by one to 20, while nine new cases brought the national total to 254, including the first in New York - the 16th state with confirmed infections.
Michigan reported its fourth fungal meningitis death and new cases were also reported in Indiana, New Hampshire, New Jersey, Ohio and Tennessee. There are also three cases of peripheral infections in joints, the CDC said. "There were a lot more spinal injections performed versus joint injections, but the infection rate may also reflect the fact that joint infections might be slower or the incubation period could be longer ... we just don't know," Chiller said.
About 14,000 patients are believed to have been exposed to the potentially tainted NECC steroid and some 97 percent of them have been contacted so far, the FDA and CDC said.
NECC issued a statement saying it was "earnestly focused on determining, along with these agencies, the cause of contamination in vials of this product - and to rapidly and professionally carry out a recall to remove all NECC products from circulation."

U.S. doctors in Baltimore said early diagnosis and treatment of patients at risk of fungal meningitis was vital, based on the case of an otherwise healthy woman who declined rapidly after receiving steroid injections
for neck pain. Writing in the Annals of Internal Medicine, researchers at the Johns Hopkins School of Medicine described the deterioration of an unidentified 51-year-old who sought care in an emergency room for a severe headache a week after receiving an injection with tainted medication on August 31.
The CDC has said it learned about the fungal meningitis outbreak on September 21 and that it contacted patients injected as far back as May.
Patients found to be infected are treated with a fairly high dose of voriconazole, sold by Pfizer Inc under the brand name Vfend, which can cause side effects including "visual disturbances," fever and headache.
"We are finding a fair amount of toxicity," Dr. Carol Kauffman, infectious diseases chief at the University of Michigan Health System, said during an infectious disease and epidemiology conference in San Diego. "We don't want to have 80-year-olds hallucinating. That's indeed what is happening."

CONTRACTS UNDER SCRUTINY
NECC is under investigation by federal authorities over how it supplied hospitals, clinics and other healthcare providers with large orders of drugs, including whether it violated state laws regulating pharmacies.

U.S. Senator Richard Blumenthal Of Connecticut, who previously called for a criminal investigation of NECC, raised new questions on Thursday about a government contract for medications from NECC's sister company, Ameridose.
In a letter to the U.S. Department of Defense, he cited a July purchase agreement for specialized medicines between the U.S. Army Medical Command and Ameridose. They were intended for use in the neonatal intensive care unit at the Army's Tripler Medical Center in Honolulu.
Most of the meningitis cases have been linked to Exserohilum, a fungus associated with grass and rotting wood that appears to be especially aggressive in attacking tissues in the spine and brain stem.
Fungal infections typically only attack people with severely compromised immune systems, such as patients who have had bone marrow or organ transplants.
In the case described by the team at Johns Hopkins, the injection was the woman's first and she had no medical history of having a compromised immune system, nor was she taking any long-term medications.
Doctors found nothing and sent her home, but the woman returned the next day with more severe symptoms and was admitted to the hospital, where she was treated with a series of antibiotics and other drugs.

Tests for a host of infections were all negative. The woman died 10 days after being admitted to the hospital, the same day the team found evidence of Exserohilum in her spinal fluid. An autopsy showed massive tissue death in the brain stem, inflammation in the blood vessels and evidence of a stroke.
Based on the case, the researchers urged doctors to be aware of the symptoms of fungal meningitis and to seek rapid diagnosis and treatment to prevent "serious complications and deaths."
The CDC advises patients who feel ill and are concerned they were injected with one of the recalled products to contact their physicians.
On a call with healthcare providers earlier this week, the CDC said the typical incubation period was one to four weeks after injection, but that it could be two months or longer.
"We want you to remain vigilant for several months after injection," Chiller told physicians.
Symptoms of fungal meningitis include new or worsening headache, fever, sensitivity to light, stiff neck, weakness or numbness in any part of the body, slurred speech, increased pain, redness or swelling at the injection site.
Posted by nacktman at 9:51 PM No comments: 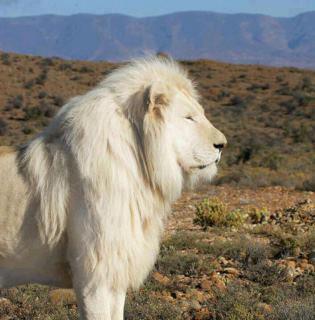 Posted by nacktman at 9:48 PM No comments: