Lunatic Fringe
When dealing with wingnuts ... Remember the rule:
If they accuse someone of something, then they're already guilty of it. 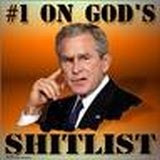 Liars and Fools
The syphilitic tub of lard Lush Dimbulb lies: President Obama is packing the Supreme Court to repeal the Constitution.
No, that was the shrub who tried that and we would not let him.

Moron Mark Levin lies: Obama administration has "Soviet-style industrial plan in place" and wants to "kill the economy".
OK, which is it assholes - Nazi or Soviet? Those are two diametrically opposed economic philosophies you know, oh, wait, no you don't know that do you!

Batshit crazy Pamela Geller illustrates ridiculous attack on Supreme Court nominee Elena Kagan with image of Kagan in a Nazi uniform.
Again, with the Nazis using Nazi symbolism and rhetoric to accuse everyone else of being what they are. 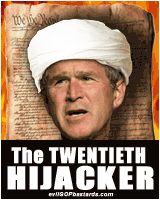