A Fairfield man was arrested on Thursday morning after buying a high powered rifle to stop an alien invasion, police said.

Fairfield Police Sgt. James Perez said Dane Eisenman, 57, responded to a classified advertisement for a .30-06 rifle about a month ago. While filing out the paper for the rifle, police said, he mentioned to the seller what he would be using the weapon for. "He said he was going to use the weapon to kill aliens," Perez said. 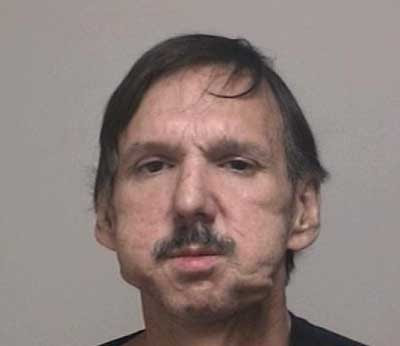 The seller was unsure if Eisenman was referring to space aliens or illegal aliens, Perez added. Sgt. Perez said Eisenman told the seller of the rifle every 36,000 years, aliens who live under the sun come to Earth to kill humans, and he needed to be prepared because "They're going to be coming soon."

After the sale of the rifle, the man reported Eisenman to police. Sgt. Perez said Eisenman, who is a convicted felon, is legally prohibited from buying or owning a hand gun or rifle. Eisenman turned himself into police on Thursday morning and was charged with charge of criminal possession of a firearm. He will be arraigned in Bridgeport Superior Court on July 9.
Posted by nacktman at 9:50 PM