A man was shot dead at a Latvian cinema after eating his popcorn too loudly during a screen of Black Swan.

Police said they had arrested a 27-year-old man suspected of shooting a 42-year-old fellow audience member who later died of his wounds. The conflict took place as the credits rolled during a screen of the Oscar-nominated film "Black Swan", according to police in the Baltic state. 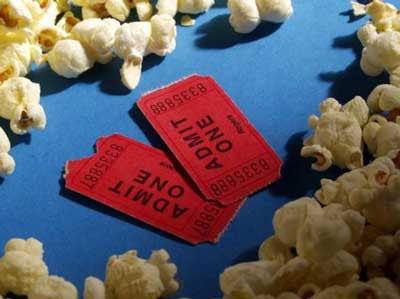 Witnesses said that it arose over how loudly the deceased man was eating his popcorn. Gun-crime is relatively rare in Latvia, a European Union nation of 2.2 million.

The shooting occurred on Saturday evening in the central multiplex cinema in the Latvian capital, Riga, at the end of the psychological thriller about a ballet dancer who loses her mind succumbing to pressure to perform.
Posted by nacktman at 9:22 PM