What 'everyone knows' that ain't true

There are a number things the public "knows" as we head into the election that are just false.
If people elect leaders based on false information, the things those leaders do in office will not be what the public expects or needs.

Here are eight of the biggest myths that are out there: 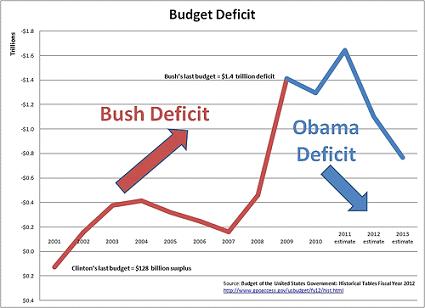 President Obama raised taxes, which hurt the economy.
Reality: Obama cut taxes. 40% of the "stimulus" was wasted on tax cuts which only create debt, which is why it was so much less effective than it could have been.

President Obama bailed out the banks.
Reality: While many people conflate the "stimulus" with the bank bailouts, the bank bailouts were requested by the shrub and his Treasury Secretary, former Goldman Sachs CEO Henry Paulson. (Paulson also wanted the bailouts to be "non-reviewable by any court or any agency.") The bailouts passed and began before the 2008 election of President Obama.

The stimulus didn't work.
Reality: The stimulus worked, but was not enough. In fact, according to the Congressional Budget Office, the stimulus raised employment by between 1.4 million and 3.3 million jobs. 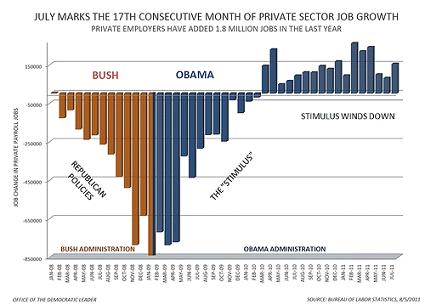 Businesses will hire if they get tax cuts.
Reality: A business hires the right number of employees to meet demand. Having extra cash does not cause a business to hire, but a business that has a demand for what it does will find the money to hire. Businesses want customers, not tax cuts.

Social Security is a Ponzi scheme, is "going broke," people live longer, fewer workers per retiree, etc.
Reality: Social Security has run a surplus since it began, has a trust fund in the trillions and is completely sound for at least 25 more years and cannot legally borrow so cannot contribute to the deficit (compare that to the military budget!)
Life expectancy is only longer because fewer babies die; people who reach 65 live about the same number of years as they used to.

Government spending takes money out of the economy.
Reality: Government is We, the People and the money it spends is on We, the People. Many people do not know that it is government that builds the roads, airports, ports, courts, schools and other things that are the soil in which business thrives.
Many people think that all government spending is on "welfare" and "foreign aid" when that is only a small part of the government's budget.
Posted by nacktman at 9:10 PM