A Michigan father, suspected of being drunk, is accused of having his 9-year-old daughter drive him to the store in his van while he sat in the passenger seat. Shawn Weimer, 39, was arrested after officers, alerted by a 911 call, pulled the van over, Brownstown Township Detective Lt. Robert Grant said. The girl was sitting behind the wheel in a child's booster seat. 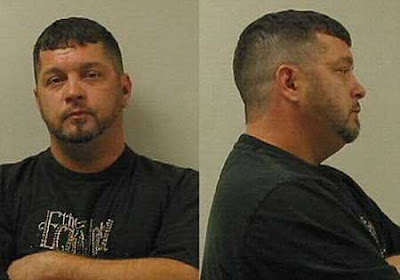 "Are you sure the child's driving, sir?" the dispatcher asked the 911 caller. "Yes," he replied. "The guy at the gas station couldn't believe it, either." The daughter told officers her father had been drinking whiskey all night, took her out to drive, then decided to stop at the gas station, Grant said.

The detective said the girl's parents are separated, and she was with her father for the weekend. "Very sweet, intelligent little girl," he said. On store surveillance video, Weimer brags to a clerk at a service station about his daughter.


YouTube link.
"I got a designated driver," he says. "Nine years old. Nine. Dad, drinking. Listen, we're leaving, and she's driving." The girl says, "And I parked." Grant said Weimer was "argumentative" with the arresting officers, saying it was his right to teach his daughter how to drive. He was charged with second-degree child abuse, a felony that could bring a four-year sentence.
Posted by nacktman at 11:44 PM