A Lancaster, Pennsylvania, man was sent to prison after he allegedly broke in to a city store, police reported. Police were dispatched at 2:34 a.m. on Wednesday for a burglary at Medinas Market, 640 S. Queen St., city police said in a criminal complaint.


Arriving officer Chris McCormick saw Galen Lee Esch, 36, walking north in the block and noticed that he matched a description of a suspect provided by a witness, police said. The witness had allegedly seen the suspect crawl through a broken window and leave the store carrying various items, police said. 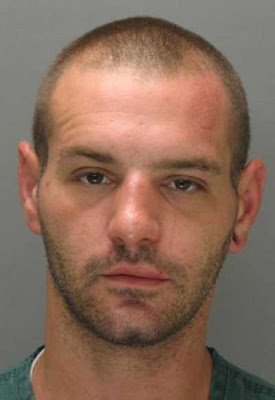 The items included at least three packs of Big Red gum. The witness positively identified Esch as the suspect, police said. Esch had used a toilet seat to break the front window of the store.

Police charged him with burglary, criminal attempt at theft and criminal trespass before District Judge Cheryl Hartman. Esch was arraigned and sent to Lancaster County Prison in lieu of $50,000 bail, police said.
Posted by nacktman at 9:58 AM