Who is Paul Ryan?

A quick observation: How important could god be to Paul Ryan if his number one inspiration for going into public life is the works of militant atheist activist Ayn Rand?  The repugican leaders always claim that god is their number one inspiration, jesus their favorite philosopher.  Ryan's is a woman who made it her life mission to kill god and replace him with man.  Ryan can claim he's catholic until the cows come home - he's obviously not that religious if his number one reason for being a politician is the philosophies of an avowed atheist activist.

Ryan is most famous recently for his draconian bugget proposal that even fellow repugicans eventually walked away from.

Here is a quick bio on Ryan - what's interesting to me is that he only has a bachelor's degree.  While that's not, in the modern era it's not at all uncommon for presidential candidates to have gone to graduate school as well (though, as the repugican party now has disdain for a college education, per Rick Santorum, this likely won't hurt Ryan with the repugican minions).

This also means that Ryan's supposed "expertise" in economics and budgeting comes from undergrad courses in economics.  Milton Friedman he ain't.

The other problem with Ryan's bio is that he has next to zero experience outside of Washington politics.  His only real work experience outside of government (or "consulting" to the family business), is working as a waiter at Tortilla Coast, as a trainer at a gym, and driving the Oscar Mayer Wienermobile.

Ryan's health is also a serious concern. According to the Milwaukee Journal Sentinel: 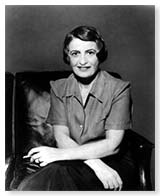 "The reason I got involved in public service, by and large, if I had to credit one thinker, one person, it would be Ayn Rand," Ryan said during a 2005 event honoring Rand in Washington, D.C., the Milwaukee Journal Sentinel reported in April 2009.

During the 2005 gathering, Ryan told the audience, "Almost every fight we are involved in here on Capitol Hill ... is a fight that usually comes down to one conflict -- individualism versus collectivism." The event was hosted by The Atlas Society, which prominently features a photo of Rand on its website and describes itself as a group that "promotes open Objectivism: the philosophy of reason, achievement, individualism, and freedom."

Ryan also said during a 2003 interview with the Weekly Standard, "I give out 'Atlas Shrugged' as Christmas presents, and I make all my interns read it. Well ... I try to make my interns read it.” He noted that he "looked into" Rand's work when he was younger, but reiterated that he is a Christian and reads the Bible often.

In 2009, Ryan posted two videos on his Facebook page raving about the importance of Rand's views.

So his favorite philosopher isn't god - but an avowed, militant atheist.  That should go over well with the base.

And here's the bio from an oppo doc.

1. The Ryan budget raises taxes on the middle class - married couples earning between $100,000 to $200,000 a year would see their tax burden raise about $2700 because of eliminated deductions, while households earning more than $1 million a year would save $300,000.

3. Ryan's budget would add $3.1 trillion to the deficit, more than would be added under current law.

4. Would end Medicare as we know it, moving the eligibility age up to 67 from 65, and putting caps on spending.  If senior don't like it, he'd give them a voucher to go get violated with a private insurance plan that would likely cost them their entire life savings.

6. Supports allowing states to jail women who get, and doctors who perform, abortions. (Milwaukee Journal Sentinel, 9/26/98)

8. Ryan voted for the auto bailout, then criticized it (Janesville Gazette, 5/3/10).

First Read notes some other problems with Ryan:


There are also holes in Ryan’s budget-hawk armor: He voted for some of the biggest drivers of the deficit/debt -- the shrub tax cuts, the Iraq war, and the Medicare prescription-drug benefit, all of which weren’t paid for. Moreover, Ryan voted against the bipartisan Simpson-Bowles recommendations.

Has never held statewide office and has no foreign-policy experience. Both could be liabilities.

And while Romney has criticized Obama for not having private-sector experience, the same is largely true of Ryan: As the New Yorker has written, Ryan briefly worked for his family’s business as a “marketing consultant,” but most of his adult life has been spent as a congressman, congressional aide, or speechwriter/analyst at Jack Kemp’s Empower America think tank.

For your reading pleasure, here's a 290 page opposition research document with much more on Paul Ryan.