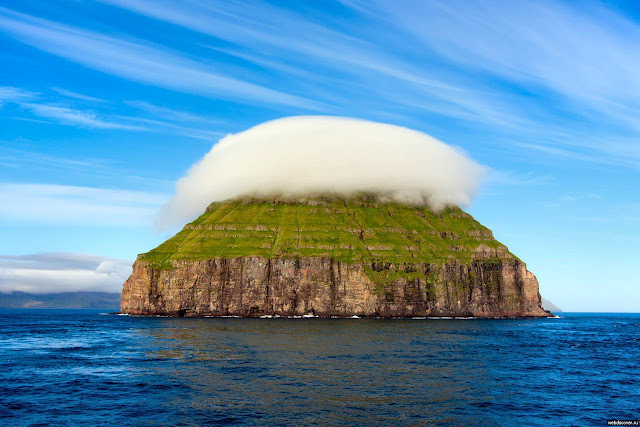 Litla Dimun is a small island between the islands of Suouroy and Stora Dimun in the Faroe Islands. It is the smallest of the main 18 islands, being less than 100 hectares (250 acres) in area, and is
the only one uninhabited. One of the most striking feature of this island is that it often remains covered in clouds. This type of cloud is known as Lenticular clouds,

so called because it is shaped like a lens. Lenticular clouds are always stationary and when formed over mountain peaks or islands, like Litla Dimun, looks like a majestic hat.
Posted by nacktman at 11:19 AM