The History of Peanut Butter

A Crunchy March of Progress 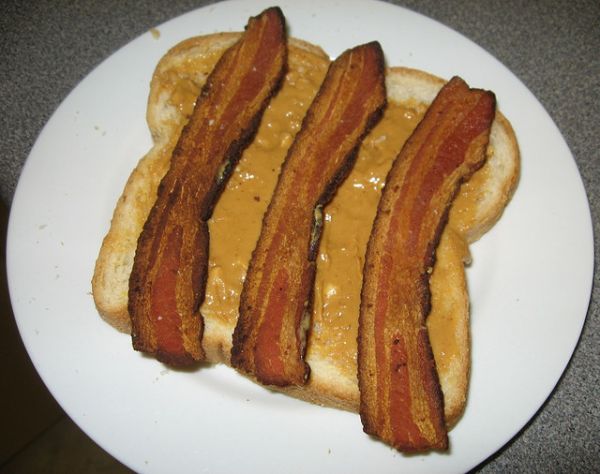 That all-American food, peanut butter, began with the devastation of American cotton by the boll weevil and the cultivation of peanuts as an alternative cash crop. As America advanced in the world, so did peanut butter. Jon Krampner wrote Creamy and Crunchy, a history of peanut butter. In the New Yorker, Jon Michaud summarized and reviewed it. Here's how two of the three major brands developed:

Peter Pan, introduced in 1928, was the first dominant national peanut butter. It used a partial-hydrogenation process patented by Joseph Rosefield, an entrepreneur from Lexington, Kentucky. In 1932, after Peter Pan’s parent company sought to cut his licensing fee, Rosefield ended the partnership and started making his own brand: Skippy. Inventive and obsessed with quality control, Rosefield emerges as perhaps the most important and likable figure in the history of peanut butter. By the end of his career, he held ten patents relating to the food and numerous notable innovations. He set up his own research lab and conceived a new way of churning—rather than grinding—his peanuts to produce a smoother texture. By introducing fragments of crushed peanuts into his butter, he invented crunchy—or chunky, if you prefer. He instituted the wide-mouth jar that has been standard ever since. And he paid his employees well, to boot. Five years before Reese’s created its peanut-butter cup, Rosefield brought Choc-Nut Butter to market. He seems to have been a little too far ahead of the curve in combining peanuts and chocolate: the product failed. Nevertheless, Skippy thrived, overtaking Peter Pan in the late forties and remaining the nation’s favorite until 1980.