First he was homesick, but Kidogo, a gorilla in Krefeld zoo in Germany, has now taken up tightrope walking. 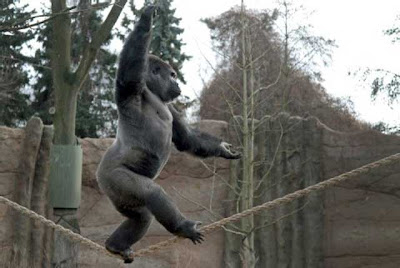 The 12-year-old silverback moved to Germany from Denmark's Givskud Zoo at the end of March. He was acquired by the German zoo after the previous male gorilla Massa proved to be infertile. 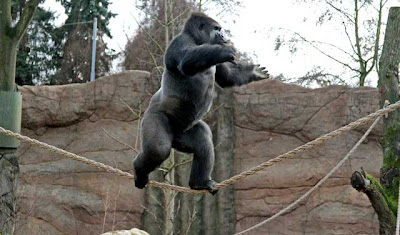 After he initially suffered extreme homesickness, he has now discovered he is something of an artiste.
Posted by nacktman at 3:59 PM