Orville Wright And The First Person To Die In An Airplane 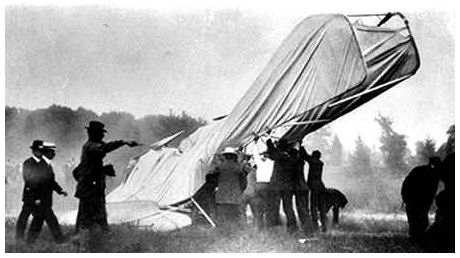 The Wright brothers, Wilbur and Orville, were the first pilots to have a successful manned flight, when they flew their airplane at Kitty Hawk, North Carolina, in December of 1903. Although many believe the Wright brothers flew together in a plane that historic day, this is untrue.

It was brother Orville who flew aloft for 12 seconds that day and proved that man, indeed, could fly. But Orville Wright holds another flying record. He was also the pilot of the first flight in history where a passenger died.
Posted by nacktman at 10:28 AM