A young deer was rescued after being spotted swimming in the Rideau Canal in Ottawa, Ontario, Canada, on Friday. 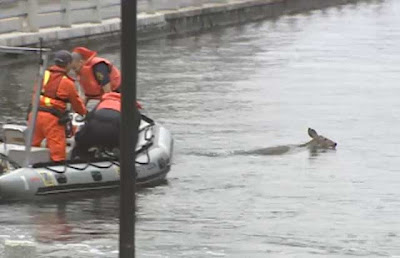 The officers were in a Zodiac watercraft and rushed to where the fawn was spotted near the Corkstown footbridge by the University of Ottawa. 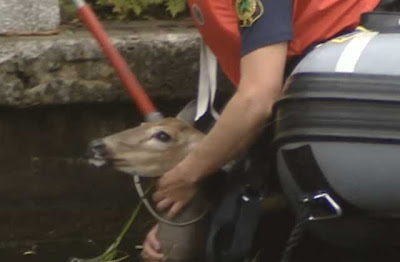 NCC officials placed a noose around its neck and a blindfold over its eyes so it wouldn't be frightened. The deer was later released back into the wild south-east of the city's urban boundaries.