A wanted man who police say fled from them early last week by jumping into the Etowah River in Canton, Georgia, and floated downstream on a log, has resurfaced. Terry Raymond Spriggs was found hiding in a clothes closet at a home in Woodstock and arrested late on Wednesday night, after sailing away from police on May 19, said Phil Price, commander of the Cherokee Multi-Agency Narcotics Squad. 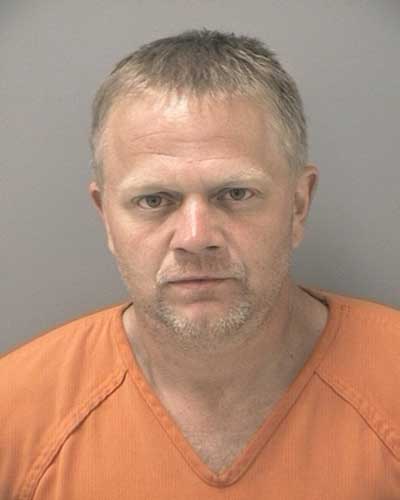 “We knew he would turn back up. Just a matter of time,” Price said. “Our main concern was he made it abundantly clear to us that he would be willing to run and do what it took to get away.” CMANS agents searched the house at about 10pm after following Spriggs, wanted on drug and probation violation charges, from another home a few miles away. The home belongs to acquaintances of Spriggs, a family with three children, Price said. Agents and sheriff’s deputies helped the family out of the house and went in to find Spriggs, 42, of Canton. “Spriggs was discovered hiding in a clothes closet, covered with a blanket,” Price said.
Wednesday nights’ arrest was the end of a week and a half of authorities searching for the suspect, though Price has been candid Spriggs wasn’t a highly-sought fugitive because his charges weren’t especially serious. It started on May 19 when agents with CMANS, a countywide collaborative drug task force, spotted Spriggs at his mother’s house and recognized him as a man with warrants. Police at the time said a chase ensued, and the suspect jumped into the Etowah and hugged a floating log, riding it for about a quarter of a mile before police lost sight of him.  Price said agents later learned, as they suspected last week, Spriggs had got out of the river quickly and fled.
At the time, though, local officers called in the Georgia State Patrol to fly a helicopter over the river to make sure the suspect wasn’t hung on brush or in any physical danger. In spite of the search the suspect has put police through, Price said he doesn’t expect any charges relating to his elusiveness. “Frankly, that’s sort of piling on,” the commander said. “You don’t really want to pile on charges (because) somebody’s a thorn in your side.” The suspect did get an additional charge out of Wednesday night’s event, though; Price said he was charged with theft by receiving for the stolen motorcycle he was riding before police arrested him. Spriggs is being held without bond at the Cherokee County Adult Detention Center.
Posted by nacktman at 12:06 AM