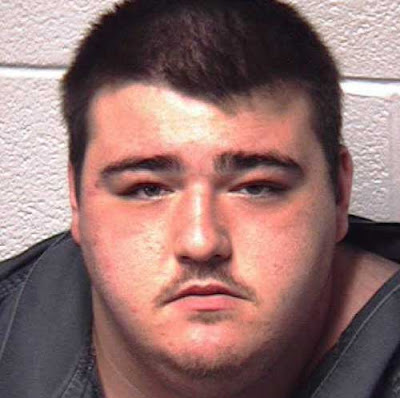 A teenager upset that his friends didn't invite him over to eat cheesesteaks in Hellertown, Pennsylvania, allegedly dragged one of his friends down a flight of stairs and kicked the victim in the face, according to court records. Police say William Joseph Hitchcock-Sahr Jr., 18, called Brandon Ridgick on Monday and found out Ridgick and two others were hanging out at a residence eating cheesesteaks.
Hitchcock-Sahr went round to the address and started arguing because he wasn't invited and Ridgick hadn't bought him a sandwich. Hitchock-Sahr dragged Ridgick down a flight of stairs and broke multiple facial bones by kicking him in the face, authorities say.
Hellertown police say Ridgick's face was "deformed" and bloodied from the assault. Hitchcock-Sahr was arraigned before on-call District Judge Jacqueline Taschner on charges of aggravated assault, simple assault and harassment. He was sent to Northampton County Prison in lieu of $35,000 bail with a 10% option.
Posted by nacktman at 10:13 AM