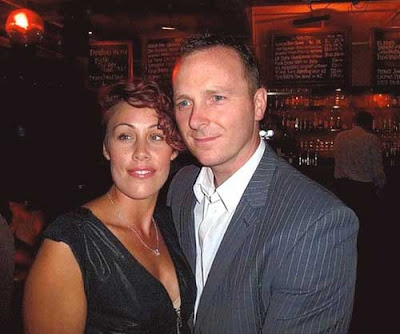 A police officer and his wife are furious and still reeling from a "humiliating and frightening experience" after they were given counterfeit bank notes when they withdrew money from their bank. Lucy and Dominic Doyle, of East Grinstead, Sussex, withdrew thousands of pounds from their local HSBC branch to begin work on their home and also gave some of the money to their young nephews. But they say it wasn't until Mrs Doyle's sister tried to bank some of the cash that she was told the notes were fake, leading to what the family say was a public humiliation. "As soon as we realized what happened we took the money to the branch in Croydon where my sister lives. I was visibly upset and explained that we were worried sick as to how much counterfeit money we'd been given. But the assistant said it was unlikely any of it was counterfeit and that the notes were probably just damaged. We explained what a humiliating and unacceptable situation this was, and left the bank not knowing if we were going to be the ones shouldering the blame and if our savings were at risk." Mr Doyle, who has been a detective constable for the Metropolitan Police for nearly 20 years, had to excuse himself from a court case to go back to HSBC while each of the notes was counted individually.
The bank confirmed that £160 of the notes were fake. The notes were replaced, but the couple have been less than impressed with the response from HSBC. Mrs Doyle added: "We were told by HSBC that they would investigate but to this day we haven't received an explanation. We then received a half-hearted apology and the offer of a bottle of wine as compensation, which I think is disgusting. I am absolutely appalled that my husband has been offered a bottle of wine as compensation for being through an utterly humiliating and frightening experience. We were then offered £50, which we declined on the basis it had taken 100 miles of petrol and our time, sleepless nights, leave from work and caused a lot of distress, worry and humiliation.
"I hold personal and business accounts with HSBC and have lost all faith. Why would a huge bank like HSBC not wish to resolve this quickly and reassure their customers about their security in banking with them?" A spokeswoman for HSBC said: "We have procedures in place to identify and stop counterfeit notes entering circulation. Unfortunately after leaving the branch, our customers notified us that they had received some counterfeit notes as part of their cash withdrawal, so we arranged for these to be swapped. The customers made a complaint, and after speaking with them several times we made a final offer of £100 as compensation. We are very sorry that they are unhappy with the situation and for any inconvenience caused."
Posted by nacktman at 12:05 AM