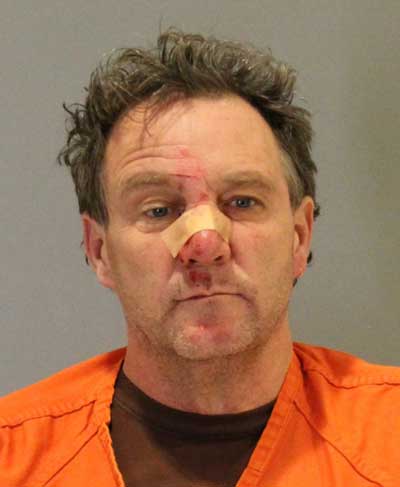 A 57-year-old man was arrested in Omaha on Tuesday morning for his sixth DUI in Nebraska. An officer reports seeing Richard Curzon driving while straddling the center line with four flat tires. The car's air bags had also been deployed.

The officer reported seeing the car at about 11:30pm on Monday. The driver took off when officers tried to stop him. A low speed chase ended nearby. Officers had to use a Taser to take the man into custody. Curzon was taken to Bergan Mercy Hospital.
A preliminary blood test revealed he had a Blood Alcohol Content of .253, more than three times the legal limit. A check of his records shows Curzon has two convictions for DUI and four cases pending.

YouTube link.
Police also believe Curzon was involved in at least one hit and run accident, so he was booked for leaving the scene of a property damage accident. He also faces charges of felony driving with a revoked license, felony flight to avoid arrest, willful reckless driving, bond review, having an open container and possession of drug paraphernalia.
Posted by nacktman at 12:05 AM