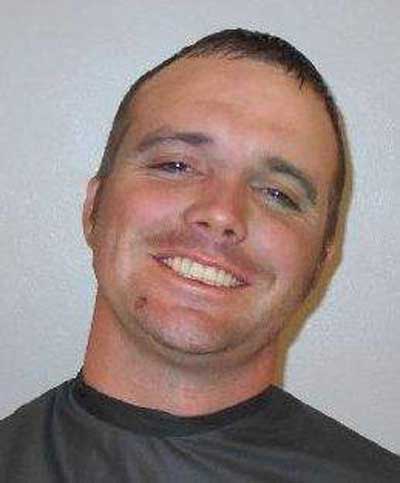 A Florida man, who previously eluded police while on a drunken horseback ride, has been arrested again, this time accused of damaging a bridge under construction. Charles “Skeeter” Larkin Cowart Jr., 31, of Bunnell, was arrested on Monday after he was seen “doing donuts” in freshly poured concrete with a four-wheeler while screaming at construction workers rebuilding the County Road 305 bridge.

The four-wheeler that Cowart was riding was pulling a small trailer and one of the construction workers reported to deputies that he dropped the tailgate and “backed up, gouging the new pavement.” “He stated Charles then jumped off the four-wheeler cursing at them and tossing a bucket of cow feed at the workers,” the report states. “(He) then jumped off the bridge into the woods, running south and swimming through the canal to the other side.”
Deputies saw Cowart running and then fall, “lying there for a minute until getting back up and running south again.” Cowart's father arrived and assisted deputies “in taking Charles Jr. under custody.” “While walking Charles back up to the road, he started resisting by pulling back and forth and trying to run, stating he would kick our (expletive deleted) if he wasn't in cuffs,” a deputy wrote in his report. “Charles sat down on a bucket and then attempted to run, stating he was going to run away and beat us when he got free.”
Cowart was taken to Florida Hospital Flagler for medical clearance before being booked into the Flagler County Detention Facility. He remains there on $3,000 bail. Estimated minimum damage to the road is $1,500, according to the report. County engineers told deputies they have to wait a week for the concrete to harden to determine if it has been structurally damaged. If that portion of the bridge needs to be removed and replaced, the report says repairs could cost $500,000. “Future charges may be pending depending on the severity of the damage to the bridge,” according to the report.
Posted by nacktman at 12:04 AM