Hundreds of Vintage Sea Flags Hidden away in a Museum 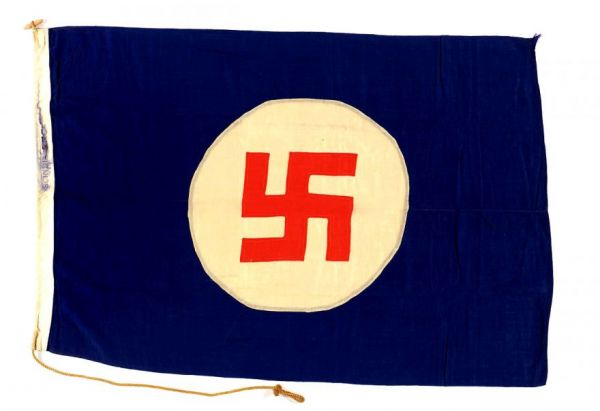 This flag had nothing to do with Nazi Germany or any other Nazi organization. The swastika long predates the Nazi use of that symbol and remains in use in India.
In this case, the swastika is part of the house flag of the Scindia Steam Navigation Company operating out of Bombay, India. That shipping company operated from 1919 until the 1980s. This flag was made in about 1951. It’s one of hundreds of maritime flags owned by the Royal Museums in Greenwich, UK. You can find other notable selections at Messy Nessy Chic.
Posted by nacktman at 12:06 AM