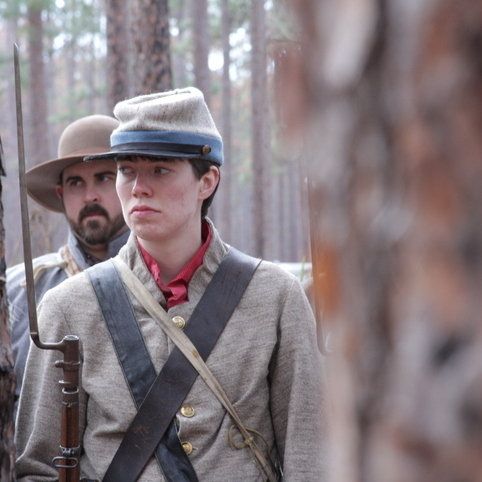 Can a woman play a soldier in a Civil War reenactment? J.R. Hardman was always interested in the Civil War, but when she asked about joining in an reenactment, she was steered toward the hoop skirts. But she wanted to be a soldier. Every group of historical reenactors has their own rules, and some are more inclusive than others. After all, which is more important: historical accuracy or inclusiveness? Hardeman found a place as a Civil War soldier, a role that is based on actual history.


There is historical authenticity in the idea that Hardman must dress and act as a man in order to fit into contemporary re-creations of Civil War life.
After all, the small number of women — perhaps several hundred — who fought in the real Civil War did so disguised as men. Some fought to be near loved ones; others for better pay; still others for ideological reasons. Those dressed-as-men combatants are beacons to Hardman.

Hardeman’s experience inspired her to produce a documentary about women in the Civil War and in modern reenactments with the working title Reenactress. Read about Hardeman and several of the women who fought in the Civil War disguised as men, at NPR.
Posted by nacktman at 12:06 AM