The Secret To How Parrots Talk 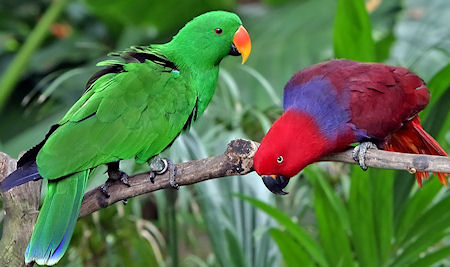 Scientists have discovered how parrots talk, as they believe it's down to the wiring in their brains. And the same brain region controls movement which may explain why some parrots 'dance' to music.
Scientists of Duke University found key structural differences in the brains of parrots that may explain the birds' unparalleled ability to imitate sounds and human speech. The findings could lend insight into the neural mechanisms of human speech too.
Posted by nacktman at 12:04 AM