Herman Melville's epic novel was supposed to secure his fame. Instead, it sank his career. 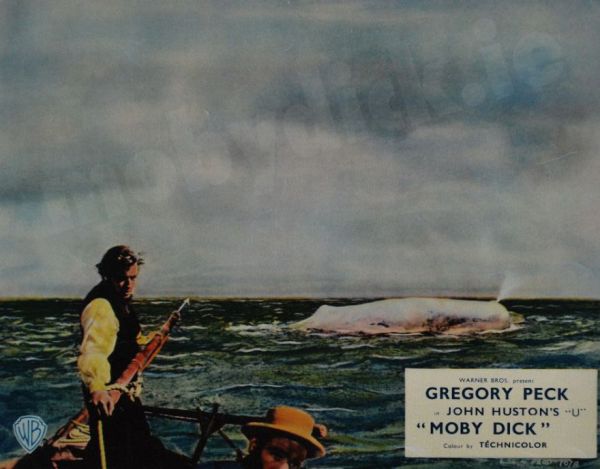 Herman Melville had everything a young author could dream of. By the age of 30, he’d traveled the world and written five books, including two bestsellers. He’d married the daughter of a prominent judge, and he owned a beautiful farmhouse. He hobnobbed with the literati. Strangers asked for autographs.
Then he wrote Moby-Dick and ruined everything.
Today, the book is often hailed as the Great American Novel, an epic D. H. Lawrence called “one of the strangest and most wonderful books in the world.” But in Melville’s time, it was a total flop. Readers couldn’t comprehend the difficult narrative. Critics dismissed it as the ravings of a madman. When Melville tried to mend his image with a follow-up, titled Pierre, the reviews were equally brutal, and the work cemented his reputation as a lunatic. At just 33, Melville was finished. When he died in 1891, at the age of 72, people were shocked—not because he’d passed away, but because they thought he’d been dead for decades. It would take half a century—and a bored academic—to resurrect the author’s legacy.

THE WRITER AT SEA
In 1839, a 20-year-old Melville boarded a merchant ship docked in New York City and voyaged to Liverpool as a cabin boy. The trip kindled his spirit for adventure. Two years later, he joined a whaler named Acushnet and set off for the Pacific. That’s when he learned how terrifying a 70-foot sperm whale could be.
A full-grown whale can weigh as much as eight elephants. Fifty-two teeth—each nearly the length of a bowie knife—ring its lower jaw. The fluke dwarfs the size of most minivans and can smash a small whaleboat into splinters. And while the behemoths are generally timid, over the years, they’ve given whalers plenty of horror stories to tell. Two in particular stuck with Melville.
The first concerned a seaman named George Pollard Jr., captain of the whaleship Essex. In November 1820, a sperm whale attacked Pollard’s ship in the Pacific, about 2,000 miles from shore. The 85-foot-long leviathan barreled into the boat headfirst and rocked the crew to their knees. When the men heard wood crack below, they rushed into the ship’s hold: The Essex was leaking, but the damage looked repairable.
Then the whale returned.
This time, the animal tore through the waves twice as fast, snapping its jaws as it thundered back into the bow. Seawater gushed in, and the ship tilted on its side. The Essex slowly slipped beneath the waves, leaving Pollard and his men lost at sea.
Melville also learned about Mocha Dick, a vicious whale that had attacked at least 100 vessels and sent 20 boats to the ocean bottom. Lore of the whale fueled nightmares: Rusting harpoons protruded from its back, a ghastly reminder of how many men had failed to kill him—and died trying.
In 1838, Mocha Dick attacked an American ship after its sailors killed a calf and its mother. Enraged, Mocha smashed apart one of the whaleboats, but not before a sailor managed to plant a harpoon in his back.
Neatorama has more.
Posted by nacktman at 12:04 AM