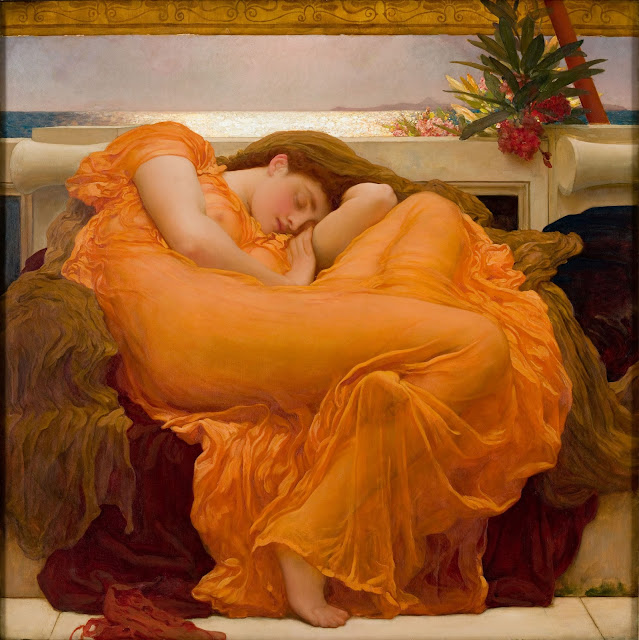 "Flaming June is a painting by Sir Frederic Leighton, produced in 1895... The painting's first owners, Graphic magazine, bought it to create a high-quality reproduction which was given away as a Christmas gift. When Leighton died it was put in their office window which was passed by the funeral procession. It was loaned to the Ashmolean Museum in early 1900s...
Flaming June disappeared from view in the early 1900s and was only rediscovered in the 1960s. It was auctioned shortly after, during a period of time known to be difficult for selling Victorian era paintings, where it failed to sell for its low reserve price of US$140 (the equivalent of $840 in modern prices). After the auction, it was promptly purchased by the Museo de Arte de Ponce in Ponce, Puerto Rico, where it currently resides."
Posted by nacktman at 12:06 AM