Your perception of time may depend on the language you speak 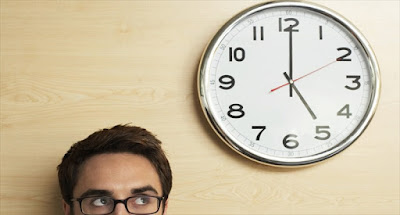 In Ted Chiang’s science-fiction masterpiece “Story of Your life” — adapted into the Hollywood blockbuster “Arrival” — the protagonist, a linguist named Louise Banks, learns the language of an alien race — one that completely alters her perception of time.
As she becomes increasingly proficient in this alien language, she begins to perceive time not as a linear sequence of events (wherein cause precedes effect), but as a chunk in which all events occur simultaneously.
The story is, of course, science-fiction, and thus takes certain creative liberties with real ideas and concepts (especially with what’s called the Sapir-Whorf hypothesis). But the central tenet of the story — that language alters how the brain perceives time — may not be far off the mark.

Your perception of time may depend on the language you speak
Posted by nacktman at 12:06 AM