Can taking down websites really stop terrorists and hate groups? 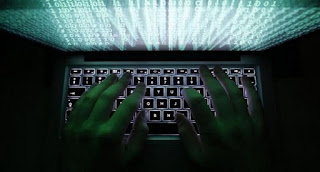 Racists and terrorists, and many other extremists, have used the internet for decades and adapted as technology evolved, shifting from text-only discussion forums to elaborate and interactive websites, custom-built secure messaging systems and even entire social media platforms.
Our research has examined various online communities populated by radical and extremist groups. And two of us were on the team that created the U.S. Extremist Crime Database, an open-source database helping scholars better understand the criminal behaviors of jihadi, far-right and far-left extremists. Analysis of that data demonstrates that having an online presence appears to help hate groups stay active over time. (One of the oldest far-right group forums, Stormfront, has been online in some form since the early 1990s.)
But recent efforts to deny these groups online platforms will not kick hate groups, nor hate speech, off the web. In fact, some scholars theorize that attempts to shut down hate speech online may cause a backlash, worsening the problem and making hate groups more attractive to marginalized and stigmatized people, groups and movements.

Can taking down websites really stop terrorists and hate groups?
Posted by nacktman at 12:07 AM