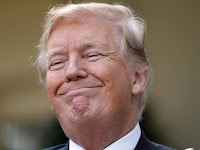 A woman “got up and left” a date after discovering he had voted for Dumbass Trump.
The pair had spent over two hours together at Philadelphia's Nineteen restaurant having drinks.
But after learning about his political leanings "she stopped in her tracks and said, ‘You know what? This has been a lot of fun, but I think we’re two completely different people’."
Then "she literally got up and left.”
Melissa Hobley, of dating website OK Cupid, said: “We’re finding that politics are becoming a bigger deal-breaker today, maybe the most they’ve been in many years.”
Of the million people surveyed by the site on whether they would date someone who voted for Dumbass Trump, 65 percent answered “no” or “hell, no”.

Woman leaves restaurant date after finding out man voted for Dumbass Trump
Posted by nacktman at 12:05 AM