ISIL wanted to bomb the Statue of Liberty 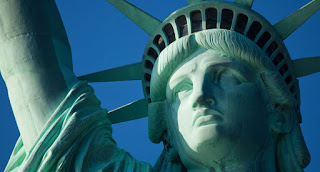 The Islamic State militant group (ISIL) planned to attack the Statue of Liberty in New York City with pressure cooker bombs, it has been revealed.
Munther Omar Saleh, 21, and Fareed Mumuni, 22, both from New York, have pleaded guilty to conspiring to support ISIS and plotting a bomb blast in the city in February 2017, but new details of their plot have come to light.

ISIL wanted to bomb the Statue of Liberty
Posted by nacktman at 12:05 AM