Polish politician reprimanded for using the English phrase 'fuck up'

A Polish politician has been reprimanded for using the phrase “fuck up” after mistaking it for cool English slang. 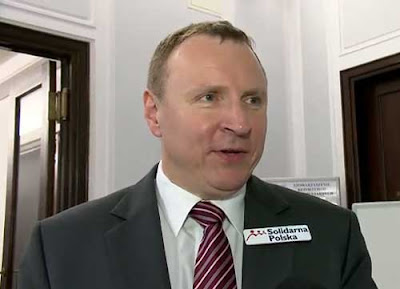 While giving his views on issues related to the budget, Jacek Kurski, Law and Justice MEP of United Poland (SP) said to a reporter: “...wspolny gar, wspolny worek, to co jest fakapem...” - which translates into: “...a shared pot, a shared bag, so that which is a fuck up ...”.

The MEP - who later admitted he didn't really know what the phrase meant - was criticised by the British Council in Warsaw. “The phrase ‘f**k up’ can be heard in comedies and the like, but no serious person would say it on TV. It’s shocking to me that a Polish politician would say this in front of the cameras.” said spokesman Andy Edwins. 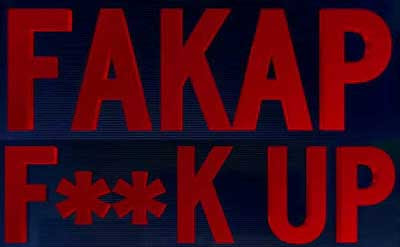 Mr Kurski has however stated that he would never dream of using such expressions in front of the British or American media. “I wouldn’t say these words in an interview with the BBC or on CNN.”

There's a news video here, which you don't have to understand Polish to get the gist of.
Posted by nacktman at 9:30 AM