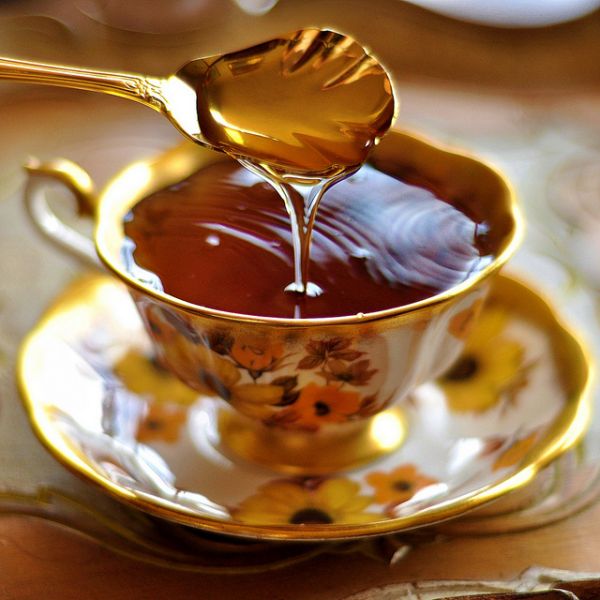 Raw honey doesn't spoil. As long as its sealed away from moisture, you can eat honey that is years, or even thousands of years old in its raw state. Why is this? It has to do with sugar, water content, and bee bellies. Amina Harris of UC Davis explains.


“Bees are magical,” Harris jokes. But there is certainly a special alchemy that goes into honey. Nectar, the first material collected by bees to make honey, is naturally very high in water–anywhere from 60-80 percent, by Harris’ estimate. But through the process of making honey, the bees play a large part in removing much of this moisture by flapping their wings to literally dry out the nectar. On top of behavior, the chemical makeup of a bees stomach also plays a large part in honey’s resilience. Bees have an enzyme in their stomachs called glucose oxidase (PDF). When the bees regurgitate the nectar from their mouths into the combs to make honey, this enzyme mixes with the nectar, breaking it down into two by-products: gluconic acid and hydrogen peroxide. “Then,” Harris explains, “hydrogen peroxide is the next thing that goes into work against all these other bad things that could possibly grow.”

It's the hydrogen peroxide that makes honey last longer than molasses or corn syrup, and also what gives honey its medicinal properties. Read more about the magic of honey at Smithsonian.
Posted by nacktman at 12:05 AM