The Wingnut March Toward a Society of Sociopaths 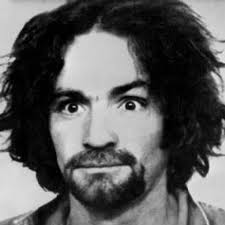 Example of a Sociopath Charles Manson
(and yes, he's a repugican)

Last night I spent some time with a close friend (let’s call him Jake) and as we often do when we get together, we discussed politics.  You see, he’s a fantastic source for political insight because he doesn’t really follow politics or have any kind of political affiliation.  Hell, I don’t know if he’s ever even voted.

But Jake is a great source because he has another close friend, let’s call him Stan, who’s a wingnut.  Therefore he hears my side and Stan’s side, watches the news, reads the paper and based on only what he sees as logical and rational he molds his opinion.  Which to this point he often tells me most of the stuff Stan says to him just doesn’t make any sense.
Last night when discussing Stan and some of what I refer to as his asinine political beliefs, it occurred to me—Stan is exactly how repugicans want Americans to behave.
And Stan is a sociopath.
He’s a white male, strongly opposed to most other races and immigrants.  Believes every single wingnut economic theory imaginable and actually cited Argentina as a “beacon for true capitalism.”  He has no remorse for others, seems to live in a world where he’s the focal point but he presents himself as extremely charming and personable when you first meet him.  He has no problem ignoring social ethics or morals if it benefits his self interest.  He’s told my friend that people should only worry about themselves, and not care about the struggles of others.  That in life, self interests should trump everything else.
Then, and I kid you not, he apparently followed his “only worry about your own self interest” speech by pressing my friend on why he’s not more involved in cult activities.
See, Stan is exactly the kind of person repugicans want to create.
A society of people who only worry about themselves.  People who ostracize everyone that’s not like them.  Humans that value possessions over people, and while they might give money to their church, it’s only because their church is filled with people just like them.  And while these people go to church and call themselves “christians,” they’ve somehow convinced themselves that jesus christ was some selfish, hateful, judgmental person who valued his own self interest over the betterment of others less fortunate than himself.
And Stan is a perfect example of this.  Somehow in one discussion he preached to my friend Jake on why he should only worry about himself, while also questioning why he isn’t more involved in church—a place that’s supposed to emphasize generosity and helping others.
Stan will talk about jesus and how he himself is a christian—then follow that by calling African Americans derogatory names, claim as humans we only need to worry about ourselves, thinks muslims should leave the country (and would prefer they didn’t exist at all) and shows no sign of any kind of moral obligation to those in society who are less fortunate than he is.
Because see, in a society of sociopaths, greed is good.  Greed is the driving force behind their existence.  It’s acceptable in a society of sociopaths for people like the Koch brothers to oppose minimum wage and health care, while being worth tens of billions of dollars, because a sociopath doesn’t feel they owe anything to anyone.
If their workers are underpaid, overworked, lack benefits or safe working conditions, in the mind of a sociopath—who cares?  Quit and get another job or stop complaining because they don’t owe workers anything.  They only have an obligation to themselves and their own self interests.  If workers want better pay, safer working conditions or benefits—find another job.  If you can’t find a job which offers any of that—too bad.
That’s not for the sociopath to worry about.  The sociopath is only concerned about themselves and what makes them feel good.
Which is where cult comes in.  These wingnut sociopaths go to cult meetings, and largely excuse their hypocrisy and lack of morality by citing church attendance as why they’re not horrible people.
After all, they go to cult meetings 2-3 times a week, that makes them a christian, right?  They’re not morally bankrupt individuals suffering from a psychological disorder—they’re “good American christians.”
Because that’s exactly what their leaders tell them that they are.  Which of course is another sign of a sociopath.  The ability to charm and manipulate people into getting what they want.
Kind of like a political party that’s convinced millions of low-income and middle class Americans that their economic salvation is found by giving people worth billions tax breaks, while eliminating the minimum wage and cutting programs which the poor and middle class benefit from.
And that’s exactly what repugicans advocate—policies which benefit 2% of the richest people at the expense of the other 98%.  Because they’ve somehow convinced these people that if they just “work hard enough” they can become part of that elite 2%.
Which of course, 98% of us will never be a part of.
But repugicans enforce this belief that we must only concern ourselves with what we need, and any regulations or laws which seek to help others are the enemy.  It’s these programs that help others which cause 98% of Americans to flounder outside of that illustrious 2%.
It’s not the greed of the 2%, it’s the laziness of the poor.
Which leads us to the rapidly de-evolving repugican cabal.  A party that doesn’t care about the environment, health care access for Americans, children, education, the well-being of our military or the poor.
They only care about themselves and how much they can possess.  People who place value on inanimate objects like guns or money before human beings.  Then nothing you can tell these people will convince them of anything, because your opinion doesn’t matter.
Because the sociopath isn’t concerned about what you, I or anyone else thinks of them—only what they think of themselves.  Which is why any type of disgusting behavior they exhibit is perfectly acceptable.  That behavior got them something that they wanted—and to a sociopath their own self interests are all that really matter.
And that’s exactly the type of society wingnuts are trying to march us toward.
Posted by nacktman at 12:37 AM