Train derailment was 'like a monster coming up from the floor'

Passengers on a train that derailed in the eastern suburbs of Sydney, Australia on Wednesday afternoon after a bar broke through the floor of a carriage, say it was making loud noises and emitting burning smells from the time it left Bondi Junction. 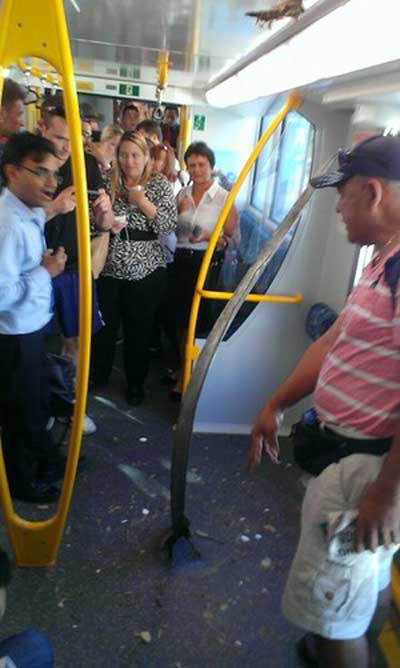 Kiriana Buffett was standing near the entrance to the carriage when the bar burst in, narrowly missing her head after she ducked underneath it. "I just remember seeing it punch through the floor and then towards me – I don't know what happened next," said Ms Buffett, who sat in shock for 20 minutes after the incident. 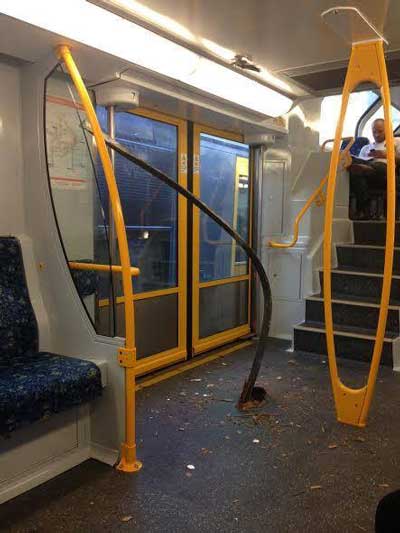 "Someone said it slowed down but I didn't see it go slow at any stage. I'm pretty lucky to be alive actually," she added. Another passenger, Peter Pulu, said: "It was just like a monster coming up from the floor. It was not that fast. It went up and hit the roof."

YouTube link.
The chief executive of Sydney Trains, Howard Collins, said the bar that broke through the carriage was a piece of "metal channelling" attached to a concrete walkway near Edgecliff Station. "It was a corner piece of metal, literally that that covers the edge of the concrete," Mr Collins said. "But it is too early to say this has anything to do with the actual cause of it."
Posted by nacktman at 11:59 AM