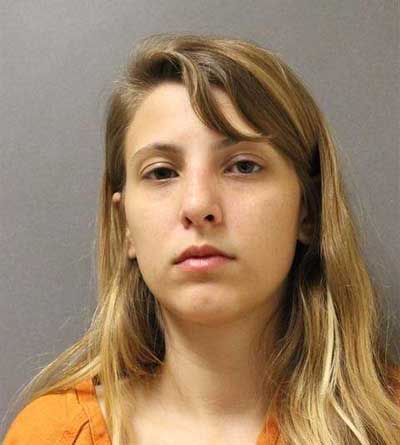 Police in DeLand, Florida, rushed to a home where neighbors reported a woman had been screaming outside for 15 minutes only to find out she was fighting over a blanket.

Officers found Emma Campbell at 4:14am on Tuesday and after an investigation, arrested and charged her with battery causing bodily harm. Campbell, 20, of Wesley Chapel, left several long, deep scratch injuries on her boyfriend, Alexander McCall’s chest, back and upper right thigh.
Police determined that the fracas was over a blanket. Campbell and McCall, 20, in a relationship for three years, were breaking up and could not agree on who was going to use the blanket. That prompted a fight and a tug of war over the blanket as there was a dispute over the temperature setting of the air conditioning.
Campbell then attacked McCall with her fingernails, police said. “Due to Campbell’s aggressive attacks with her nails, McCall shoved her off of him at which time she landed on the floor,” officers wrote in their report. Campbell claimed McCall cut her lips but police did not see any injuries on her. Campbell was released on Tuesday from the Volusia County Branch Jail on her own recognizance.
Posted by nacktman at 12:05 AM