Joe Biden Tells Netanyahu To Go Eff Himself, Will Travel Instead Of Attending Speech To Congress 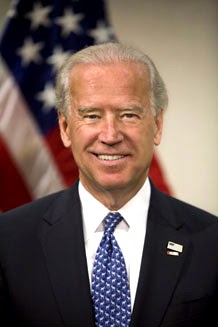 Vice President Joe Biden has officially responded to an invitation to attend Benjamin Netanyahu’s speech to Congress, and it’s a giant middle finger.
A day after President Obama delivered the State of the Union Address, Boehner invited the Israeli Prime Minister to the United States to speak to a joint session of Congress. You know, because repugicans can’t make up their minds about whether they want to follow Netanyahu or Vladamir Putin as their true leader.
Anyway, Boehner and his repugican co-conspirators made the invitation in violation of established protocol. They failed to consult or seek permission from the White House to bring a foreign leader to American soil to speak to Congress. The sole purpose of the repugican cabal invitation is their effort to sabotage nuclear negotiations between the US and Iran. The diplomatic talks are close to securing an agreement that prevents Iran from acquiring a nuclear weapon, thus easing tensions in the region, especially between Israel and Iran.
Of course, outrage ensued and even Faux News expressed shock that repugicans would go this far to undermine President Obama.
How far did they go? So far that repugicans broke a law first passed by our very own Founding Fathers in 1799 known as the Logan Act, which made it illegal for any unauthorized American citizen to negotiate with foreign leaders. Only the executive branch has that power.
Since Boehner’s announcement that Netanyahu would speak to Congress, many Democrats have vowed to skip the speech. And traditionally, the vice-president would be there as president of the Senate. But Joe Biden has decided that he would rather be in another country entirely instead of being present for Netanyahu’s toxic speech, which has already damaged relations between Israel and the United States. An official representing Biden told the Jerusalem Press that Biden will be too busy traveling to attend.


“We are not ready to announce details of his trip yet, and normally our office wouldn’t announce this early, but the planning process has been underway for a while. We will announce additional information as soon as we are able.”

In other words, Joe Biden just told Netanyahu to go fuck himself. And rightfully so. By accepting Boehner’s invitation, repugicans and Netanyahu have insulted and are disrespecting President Obama and the White House. Consequences must follow and this should merely be the opening salvo. Next up, taking away the $3 billion of defense spending American taxpayers provide to Israel every year. This would send the loudest message of all. You disrespect our president, you disrespect the American people. And if you can’t respect us, perhaps it’s time to re-evaluate our “friendship.” It’s that simple.
Posted by nacktman at 12:10 AM