Man charged with assault over flicking of three baked beans 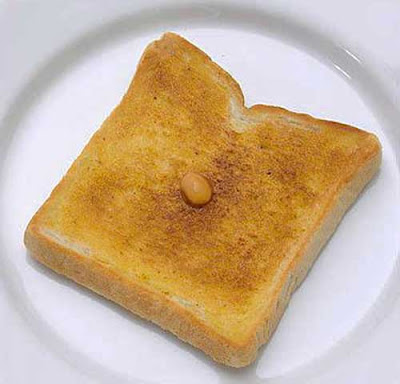 A man was charged with assault after flicking three baked beans at a detention officer. Anthony Raynor was annoyed because he believed it had taken cell staff too long to provide him with a drink of water, so he threw the beans through his cell hatch and they landed on the officer’s shirt.

Raynor, 35, of South Shore, Blackpool, pleaded guilty to assaulting civilian detention officer Kevin Fields and being drunk and disorderly. He was fined £75 and ordered to pay £20 victims’ surcharge, but he could not pay immediately so Blackpool magistrates sentenced him to remain in the confines of the court until lunchtime instead of paying the financial penalty.
Pam Smith, prosecuting, said that on Sunday, at 4.30am, Raynor was arrested after shouting abuse and interfering as police officers dealt with a woman who was unconscious on the ground in the resort’s Queen Street. He was put in a cell at Blackpool Police station. At about 9am asked for a drink of water. He became abusive and threw the remains of his breakfast over the civilian detention officer.
The officer had to change some clothing. Raynor later claimed it took an hour-and-a-half for him to get his water, but CCTV showed it was three minutes. Howard Green, defending, said his client had still been befuddled with drink when he asked for the water. Mr Green added: “He flicked three baked beans from his breakfast through the hatch and they landed on the officer’s shirt. This was not a serious act of violence, but one of stupidity.”
Posted by nacktman at 12:09 AM