The Man Who Invented Online Dating 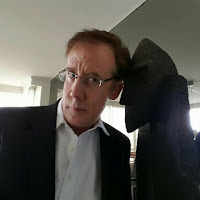 Andrew Conru was a busy graduate student working on the cutting edge of internet technology at Stanford in the early '90s. He didn’t have time to get out and socialize to meet girls. He tried personal ads in newspapers and video dating (in the VHS days), but found them slow and expensive. So he invented online dating. Conru founded the first online dating site, Web Personals, in 1993, the same year Match.com was founded. But Conru’s site went live in 1994, a year before Match.com went online. He also launched an early service that created websites. And he was a pioneer in web tracking. Conru sold Web Personals and then launched FriendFinder, which blossomed into a conglomerate of interpersonal sites. Has owning those companies helped him personally?

Read the story of Andrew Conru and the development of internet dating at Motherboard.
Posted by nacktman at 4:32 AM