The gig economy is nothing new ... 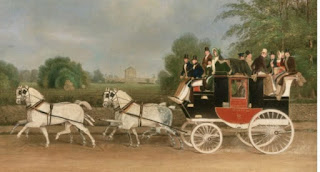 While it might seem that long-established ways of working are being disrupted, history shows us that the one person, one career model is a relatively recent phenomenon. Prior to industrialization in the 19th century, most people worked multiple jobs to piece together a living. Looking to the past uncovers some of the challenges, benefits and consequences of a gig economy.
The diaries of three men in 18th-century Britain that I have found give a fascinating insight into how middle class people – the supposed beneficiaries of today’s gig economy – made multiple employments work.

The gig economy is nothing new – it was standard practice in the 18th century
Posted by nacktman at 12:08 AM