Disney knew park was infested with alligators before boy's death 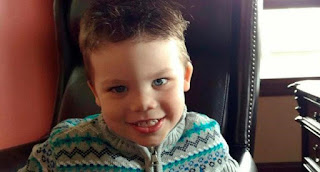 Walt Disney World (WDW) in Orlando, Florida, was aware of its park's alligator problem before a boy's death in 2016, according to Friday reports. The number of alligators found at the famed park rose after 2-year-old Lane Graves died in 2016 from an alligator attack in the Seven Seas Lagoon.

Disney knew park was infested with alligators before boy's death
Posted by nacktman at 12:03 AM