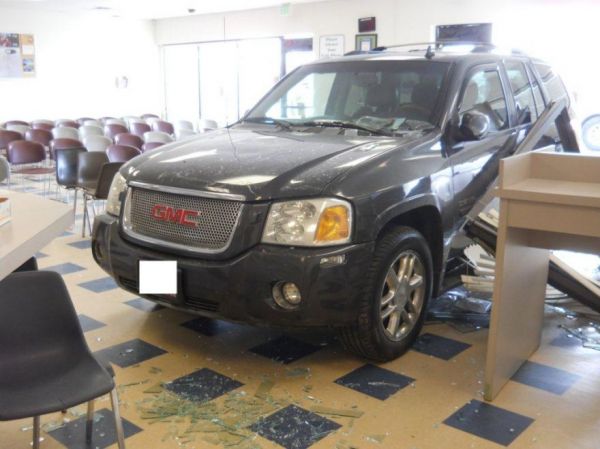 A 10-year old girl and her mother went to the office of the state Division of Motor Vehicles in Parker, Colorado on Monday. While they were waiting, the girl went back to their SUV to get something out. Shortly thereafter, the SUV crashed into waiting area with the girl behind the wheel.
The girl says that she climbed from the back seat into the front seat of the SUV, which then “just went.” It travelled about 20 to 30 feet before coming to a stop when the girl’s frantic mother told her how to push the brakes.
The mother insists that she did not leave the motor running. Police cited the girl for careless driving.
Posted by nacktman at 12:05 AM