Snow Mountain Closed Due to Snow 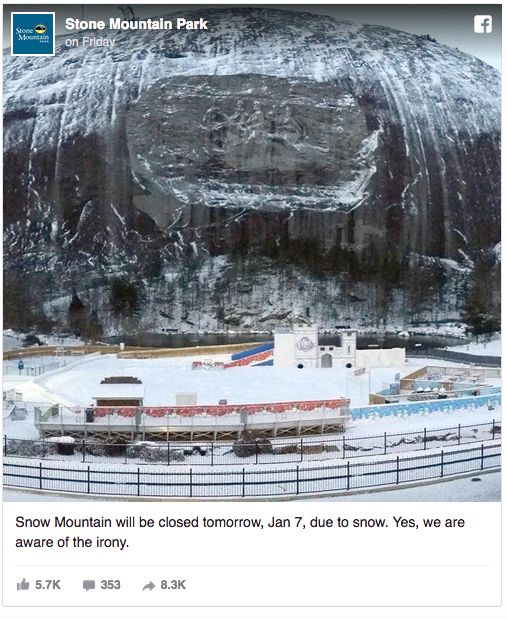 Atlanta's Stone Mountain Park has an attraction called Snow Mountain in the winter. It gives Georgia residents, who often go all winter without seeing snow, a chance to play in snow and ride an inner tube down a snow-covered hill, all on artificially-made snow.


The park, which features man-made snow, is located just outside Atlanta in Stone Mountain Park. The winter wonderland exists thanks to a snow-making machine that generates roughly 360 tons of snow daily.

But the park was closed on Saturday, due to a snowstorm. Colorado is still laughing at that.
Posted by nacktman at 12:05 AM