What a 3,500-Year-Old Greek Tomb Tells Us About the Roots of Western Civilization

Married archaeologists Jack Davis and Sharon Stocker wanted to explore the grounds in Pylos, Greece, near the site of the palace of King Nestor, a Mycenaean king described in the Iliad. Denied their first choice of site, they started digging in an olive grove. What they found was astonishing: a grave dating to around 1500 BC, containing a warrior who was very wealthy, or at least very respected, considering the treasure he was buried with. 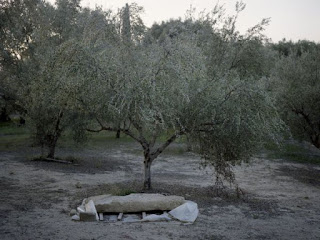 Over the next six months, the archaeologists uncovered bronze basins, weapons and armor, but also a tumble of even more precious items, including gold and silver cups; hundreds of beads made of carnelian, amethyst, amber and gold; more than 50 stone seals intricately carved with goddesses, lions and bulls; and four stunning gold rings. This was indeed an ancient grave, among the most spectacular archaeological discoveries in Greece in more than half a century—and the researchers were the first to open it since the day it was filled in.
“It’s incredible luck,” says John Bennet, director of the British School at Athens. “The fact that it hadn’t been discovered before now is astonishing.” The spectacular find of priceless treasures made headlines around the globe, but what really intrigues scholars, says Stocker, is the “bigger world picture.” The very first organized Greek society belonged to the Mycenaeans, whose kingdoms exploded out of nowhere on the Greek mainland around 1600 B.C. Although they disappeared equally dramatically a few hundred years later, giving way to several centuries known as the Greek Dark Ages, before the rise of “classical” Greece, the Mycenaeans sowed the seeds of our common traditions, including art and architecture, language, philosophy and literature, even democracy and religion. “This was a crucial time in the development of what would become Western civilization,” Stocker says.

Dated to the time when Minoan culture was giving way to Mycenaean culture, the grave gives us new clues as to how that happened, which may change the way we look at the development of Greek civilization. Read about the dig, the warrior, and the Mycenaean culture at Smithsonian magazine.
Posted by nacktman at 12:04 AM