New Dinosaur Species Found That Looks Like A Cow 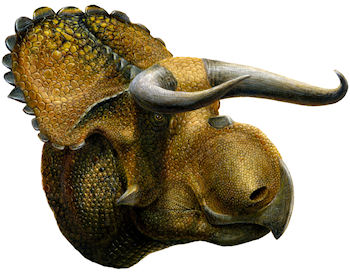 Scientists have announced the discovery of a new species of dinosaur, called Nasutoceratops titusi, and it's looking a little bovine. A University of Utah grad student discovered the first specimen in 2006 in the Grand Staircase-Escalante National Monument in the high desert of southern Utah.

At 15 feet long and 2.5 tons, the quadrupedal herbivore belonged to a family called ceratopsids, a group of dinos from the Late Cretaceous period that had beaks, horns and frills, like the Triceratops.