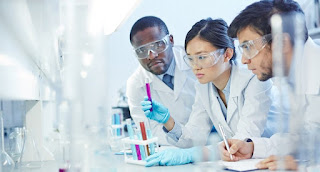 Before human beings wrote books or did math or composed music, we made leather. There is evidence hunter-gatherers were wearing clothes crafted from animal skins hundreds of thousands of years ago, while in 2010 archaeologists digging in Armenia found what they believed to be the world’s oldest leather shoe, dating back to 3,500 B.C. (It was about a women’s size 7.) For a species sadly bereft of protective fur, being able to turn the skin of cows or sheep or pigs into clothing with the help of curing and tanning would have been a lifesaving advance, just like other vital discoveries Homo sapiens made over the course of history: the development of grain crops like wheat, the domestication of food animals like chickens, even the all-important art of fermentation. In each case, human beings took something raw from the natural world—a plant, an animal, a microbe—and with the ingenuity that has enabled us to dominate this planet, turned it into a product.
The natural world has its limits, though. Tanned animal skin may make for stylish boots, motorcycle jackets and handbags—supporting an industry worth about $200 billion a year—but it’s still animal skin. That would seem to be an insurmountable problem if you’re one of the hundreds of millions of vegetarians around the world, or even just someone who worries about the environmental impact of raising tens of billions of animals for clothing and food. But it’s not the animal skin that makes leather leather—it’s collagen, a tough, fibrous protein that is a major biological component of animal connective tissue, including skin. If there was a way to manufacture collagen alone, it might be possible to produce leather that even the most dedicated animal-rights activist could love.
And that’s exactly what’s happening on the eighth floor of the cavernous Brooklyn Army Terminal on New York’s waterfront, where Modern Meadow has its labs and offices.

A look at how scientists are engineering new forms of life
Posted by nacktman at 12:09 AM