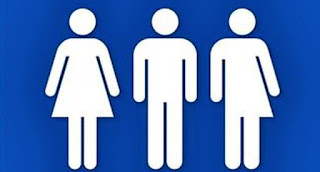 Yale University has sued the state of Connecticut over rules it says limit the number of gender-neutral bathrooms it can designate on campus, the latest skirmish in the broader U.S. fight about gender identity.
The Ivy League school said in the lawsuit it wants to designate all single-occupant restrooms at its law school as gender neutral, but the plan would run afoul of the state building code, which does not count gender-neutral bathrooms when it assesses whether a public building has enough toilets.
The suit was filed on Friday in Connecticut Superior Court in New Haven, after the university received complaints from law school students. Yale has asked the state to drop requirements that single-user restrooms have an assigned gender label.

Yale University sues Connecticut over gender-neutral bathrooms
Posted by nacktman at 12:07 AM