The Daily Drift
Today's horoscope says:
You may have a long-distance friend or lover on your mind, but your heart is urging you to get out there and mingle right now -- with folks who are right around the corner.
Nobody's telling you to actually 'love the one you're with,' but having some fun with them certainly can't hurt.
You're in a playful mood, and someone new and interesting doesn't come along every day.
Get dressed and get out there.
Guilt-free!

Today is Friday, September 10, the 253rd day of 2010.
There are 112 days left in the year.
Today In History September 10
Today's unusual holiday or celebration is:
Swap Ideas Day
Don't forget to visit our sister blog!
Posted by nacktman at 10:40 PM No comments:

Just some light blogging today.
It's been a wild ride and we will return to our regularly scheduled programming tomorrow.
Posted by nacktman at 10:38 PM No comments:

NFL players' oddly timed statement
The Saints and Vikings come together before the season's first game to protest against the league.
Reason behind it
Also:
Posted by nacktman at 10:38 PM No comments:

Following on the barefoot heels of hot yoga, circus yoga and hip hop yoga, cannabis-enhanced classes offer a way to cut through inhibitions. They chat away breezily between vaporizer tokes, sometimes veering off into conspiracy theories about the government or discussions of the healthiest way to smoke marijuana. Then the 12 yoga lovers extend their arms and breathe deeply. Yoga mats cover the floor. A guitarist strums chords as incense weaves its tendrils across the room. As the light haze of pot smoke dissipates in the downtown Toronto living room, the ganja yoga session begins. “When you’re high, you can focus better on your breath,” says Dee Dussault, who runs a monthly session of “cannabis-enhanced yoga” at her home dubbed Follow Your Bliss.

She says smoking marijuana in small doses before a yoga class also makes students more receptive to the poses and philosophies behind the activities. “For some people, it makes them uninhibited and open to the idea of the heart chakra, for example.” Heart chakras aside, ganja yoga has the THC whiff of being the latest yoga fad, following on the heels of hot yoga, circus yoga, pre- and postnatal yoga, acro yoga (acrobatics), even hip-hop yoga. While cannabis has been deeply entwined with spiritualism over the centuries, some yoga practitioners say that a pure body is ideal for the exercise and that smoking pot could cause an unwieldy imbalance. As one online-forum commenter opined: “Why should we try to purify our body and soul through yoga if we later intoxicate it again with marijuana or other substances?” 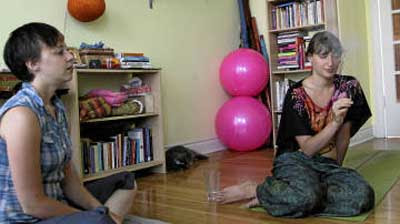 But Dan Skye, senior editor at New York-based High Times magazine, which tracks marijuana trends, disagrees with yoga purists who believe getting high before a class is detrimental. “Pot is changing medicine; it’s changing recreational habits,” he says. The latest research seems to back up his claim: A recent McGill University study found that cannabis helped alleviate chronic neuropathic pain. Ms. Dussault remains unfazed. For the past year, she has run ganja yoga out of her home studio as well as at the Hot Box Café in Toronto’s Kensington Market. The class takes place on the last Friday of the month, after work, and she charges $15 for each session. Often, she invites a musician to play some relaxing tunes during the 90 minutes, and she gives out munchies – fruits, nuts, tea – after the class.

Because Ms. Dussault publicizes ganja yoga openly, there is the question of legal repercussions. But she’s quick to say, “No, I’ve never been worried about cops. I think they have bigger fish to fry.” Among the ground rules at the studio, participants must bring their own pot – and there’s no dealing or mooching. And she makes a point of meeting students before the session “to determine if they want to come just to get stoned.” Ms. Dussault also encourages participants to fine-tune their yoga skills before embracing ganja yoga. She wants to ensure that people “first experience the true teachings of yoga” and then try ganja yoga to enjoy a different yoga flavour.
Posted by nacktman at 10:36 PM No comments:

Music on prescription could alleviate illness

Patients with pain or depression could be prescribed specific kinds of music to help alleviate their symptoms as a result of new research. Scientists at Glasgow Caledonian University are using sound engineering and psychology to see how music can convey emotion and regulate mood. The researchers hope to discover how music therapy can be tailored to individual patients to tackle conditions such as depressive illnesses. They will analyze melodic range, lyrics, rhythm and pitch in different compositions.

Dr Don Knox, an audio engineer and leader of the project, said: “The impact of a piece of music on a person goes so much further than thinking that a fast tempo can lift a mood and a slow one can bring it down.” He added: “Music expresses emotion as a result of many factors. These include the tone, structure and other technical characteristics of a piece. Lyrics can have a big impact too. But so can purely subjective factors: where or when you first heard it, whether you associate it with happy or sad events and so on. Our project is the first step towards taking all of these considerations – and the way they interact with each other – on board.” 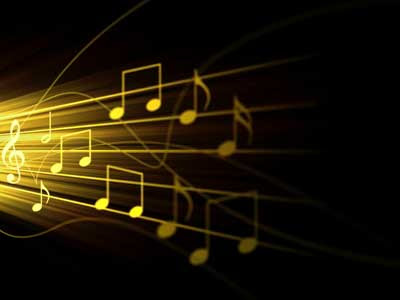 The team has already carried out detailed audio analysis of digital recordings of music identified as expressing a range of emotions by a panel of volunteers. They hope to develop a mathematical model that explains music's ability to communicate different emotions, and develop a computer program that could identify the best music to help patients. Dr Knox added: “By making it possible to search for music and organize collections according to emotional content, such programs could fundamentally change the way we interact with music.

“Some online music stores already tag music according to whether a piece is ‘happy’ or ‘sad’. Our project is refining this approach and giving it a firm scientific foundation, unlocking all kinds of possibilities and opportunities as a result”. More than one in seven people suffer a bout of severe depression at some point in their lives, according to the NHS. The three-year project, supported with funding from the Engineering and Physical Sciences Research Council, is due for completion later this year.
Posted by nacktman at 10:36 PM No comments:

The secret history of 'Teen Spirit'

The secret history of Nirvana's 'Teen Spirit'
"Smells Like Teen Spirit" was released 19 years ago, spawning a strange video.
Anarchist cheerleaders explained
Also:
Posted by nacktman at 10:33 PM No comments:

On the track with Ferrari's outrageous 599XX
The $1.8 million car reaches 62 mph in 2.9 seconds and is packed with new technology.
'Otherworldly,' writer says
Also:
Posted by nacktman at 10:31 PM No comments:

Chinese woman sues cinema for boring her with ads

China may not have quite the reputation for litigious eccentricity enjoyed by the US, but that may change with the news that a Beijing woman is suing a local cinema for wasting her time.

Chen Xiaomei claims she was unreasonably treated by the cinema's owners and the distributors of the film she went to see, because she was not warned there would be 20 minutes of adverts prior to the screening of the main feature. She is demanding a full refund (35 yuan, £3.35), an extra 35 yuan in compensation for emotional damages and a written apology. 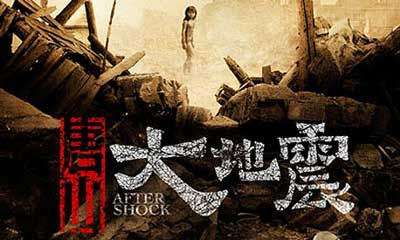 In addition, Xiaomei is calling for the Polybona International cinema in the northern city of Xian to publish the length of advertisements on its website, in the lobby or on its customer hotline. In total, they should be less than five minutes, she says.

Xiaomei's case has been accepted by the People's Court in Xian, the capital of Shaanxi province. The film she went to see, Aftershock, has become the highest-grossing domestic film of all time in China, earning 650m yuan. Directed by Feng Xiaogang, it tells the story of a mother's emotional reunion with her daughter, three decades after a 1976 earthquake devastated the Chinese city of Tangshan, killing more than 240,000 people. It is not known when the case will be heard.
Posted by nacktman at 10:29 PM No comments: