The terror comes to America  ... The Mayflower bringing the pilgrims perverts to North America

Don't forget to visit our sister blog!
Posted by nacktman at 10:59 PM No comments:

Walsh was being attacked by his Democratic opponent, Tammy Duckworth, who accused the House repugican budget plan, authored by Paul Ryan, of “ending Medicare as we know it.”  Walsh, remarkably, agreed.


The House repugican budget plan, [Duckworth] said, “would end Medicare as we know it.” But Walsh responded, “If we don’t end it as it is, it’s going to end as we know it all by itself.”

While repugicans have in the past admitted that they want “change” or “reform” Medicare, I don’t think anyone has publicly admitted that repugican vice presidential candidate Paul Ryan, and the House repugicans at large, plan to “end” Medicare.
Later on in the discussion, Walsh suggested that all abortion can now be outlawed, including cases involving the life of the mother because medical science has eliminated all life-threatening complications from pregnancy.


Walsh said he was against abortion “without exception,” including rape, incest and in cases in which the life or health of the mother was in jeopardy.
Asked by reporters after the debate if he was saying that it’s never medically necessary to conduct an abortion to save the life of a mother, Walsh responded, “Absolutely.”
“With modern technology and science, you can’t find one instance,” he said. “… There is no such exception as life of the mother, and as far as health of the mother, same thing.”


Walsh’s comments echo Rep. Todd Akin (R-Mo.), who similarly relied on an ignorance of science and medicine to proclaim a belief that women’s bodies are able to prevent pregnancy in cases of “legitimate rape.”
“If it’s a legitimate rape, the female body has ways to try to shut that whole thing down. But let’s assume maybe that didn’t work or something. I think there should be some punishment, but the punishment ought to be on the rapist,” Akin said, setting off a firestorm before the repugican national coven, including calls for him to resign from the race. Akin now trails his Senate race against Democrat Claire McCaskill.

And this is all part of a much larger problem the repugican cabal has with women of late.
Whether it’s a Wisconsin state representative telling a newspaper that “some girls rape easy,” Mitt Romney talking about “binders full of women,” or Mrs. Romney suggesting that women didn’t really care about the economy when the entire financial world came crashing down four years ago.
Mitt Romney may be facing binders full of angry women at the ballot box in November.
Posted by nacktman at 10:58 PM No comments:

We reported last night that a repugican contractor, Colin Small, was arrested in Virginia for alleged voter fraud involving the destruction of completed voter registration forms.And the plot thickens.  He wasn’t just a repugican contractor – he was an employee of the repugican national cabal, aka, the repugican cabal headquarters in Washington, DC.
Below is a copy of his LinkedIn page in which he claims to be employed by the rnc.
Small’s arrest comes on the heels of  statewide voter fraud by a vendor working for the repugican cabal in Florida.  That vendor also did work for Mitt Romney and for the rnc in a number of other key swing states.

To the impoverished Kenyan villagers, their regular visitors, an English couple in their sixties, were lifesavers. They supported children through school, bought computers for an eye hospital nearby and paid for the amputation of a diseased leg that threatened to kill a young man. What they did not know was that the couple’s charity was funded by a “Robin Hood” cannabis operation hidden in the depths of the British countryside. Michael Foster and Susan Cooper pocketed as much as £400,000 during the six-year operation, and spent “much of it” in Africa, a court was told. They were jailed for three years after admitting four charges of producing the drug and one relating to the proceeds. “This couple were both in their sixties and were of previous good character,” Jon Dee, prosecuting, told Lincoln Crown Court. 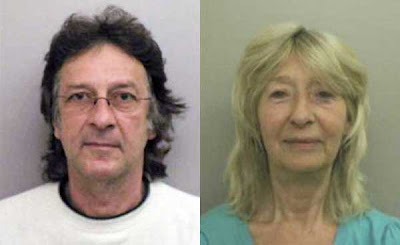 “It perhaps can be best summed up by Mr Foster who told police in his own words during his interview that it had started as a hobby and turned into a business.” The couple were caught “completely by chance” when a police officer pursuing a burglar nearby recognized the distinctive smell coming from their farmhouse in Long Sutton, Lincs. When the officer knocked on the door and asked Mrs Cooper, a 63-year-old divorcee, if she knew why he was there, she answered: “Yes I do.” Inside police found 159 cannabis plants, worth an estimated £20,000. Two of the buildings had been converted into a growing room and drying room. Officers also recovered £20,000 in £1,000 bundles from a carrier bag. Mr Dee added: “This was a professional and commercial set-up.” A note from a man called “Jess” found in the farmhouse led police to a second property linked to the couple in the Norfolk village of Terrington St Clement.

Investigations showed the annual electricity bill for the Long Sutton farmhouse had risen by £2,000, which the couple explained by claiming to run a pottery business with a kiln. Bank statements showed around £300,000 had been paid into their joint account over the six years between 2004 and 2010, when the operation had been running. A further £100,000 had gone through an account in Mrs Cooper’s maiden name. Mr Dee added: “The Crown accept some of the money will not have come from drug dealing. At some point the home of Mrs Cooper’s mother was sold, but not all the money would have been paid in and £400,000 represents a fair assessment.” When they were caught, Mrs Cooper “apologized profusely” for being unable to answer police questions. Mr Foster, 62, admitted regularly selling cannabis in deals of around £1,500 to a local drug dealer to whom he had been introduced through a loan shark. 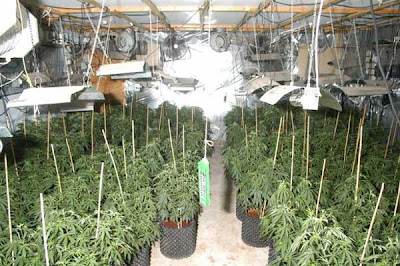 Gareth Wheetman, for Foster, said that the couple had not spent the profits on lavish living. “Much of the money was being put to charitable and good use,” he said. They had paid for children from the village near Mombasa to be educated and bought equipment for the local eye hospital. Chris Milligan, mitigating for Cooper, said: “Susan Cooper is a good person who has done a bad thing. There is another side to her, she has been a good mother, wife and partner to Mr Foster.” She had offered not just money but care to the villagers. “When a young adult called Wilson got a gangrenous infection in his leg he was given two days to live. She paid for that treatment,” he said. Passing sentence, Judge Sean Morris said that he accepted that they were a previously respectable couple of “positive good character”. But he told Foster his own cannabis habit may have led to the psychosis which contributed to his crimes. ”Cannabis does that, it is a dangerous drug too often belittled,” Judge Morris told the couple. “You were growing it on a significant scale, jetting off to Kenya on it. “I am sure you were doing good things in Kenya with your drugs money, whether that was to appease your consciences I can only speculate.”
Posted by nacktman at 10:51 PM No comments:

A South Carolina man, found with what police believe was a mobile meth lab, told officers he was ghost hunting in Oakwood Cemetery, Spartanburg, late on Saturday night. Marvin Willis, 36, was charged by the Spartanburg Public Safety Department with manufacturing methamphetamine, according to an incident report.
The report states that an officer patrolling in the area of Oakwood and Avant streets near the cemetery about 11 p.m. noticed three people standing beside a pickup truck in the back of the graveyard. All three told the officer that they were in the cemetery hoping to see ghosts. 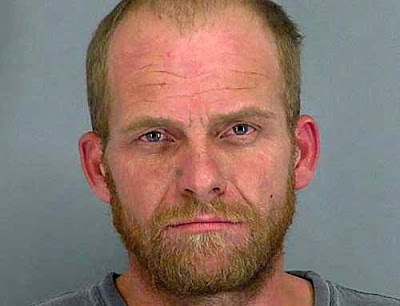 The officer noticed alcohol inside the truck and asked if he could search the pickup, and Willis said yes. During the search, the officer found several items used to make methamphetamine. Willis also consented to a search of his person, and the officer found a plastic container in Willis' pants. Willis said, “You got it, it's dope,” and admitted that there was meth inside the container.

The officer found a blue, rock-like substance inside a plastic bottle in the truck bed, and Willis at first said it was salt, but then admitted that the bottle contained several ingredients used to make meth: ammonium nitrate, lye, pseudoephedrine and lighter fluid. Willis remains at the Spartanburg County Detention Facility on a $15,000 bond.
Posted by nacktman at 10:49 PM No comments: 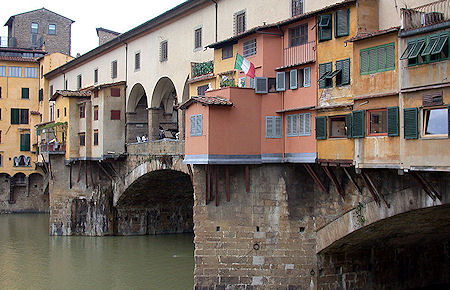 The inhabited bridge is a structure that in addition to its basic function of bridging physical obstacles, such as a body of water, valley, or road, can also perform residential and commercial functions. Inhabited bridges are rare in the world and for that reason are very popular among tourists.
Posted by nacktman at 10:49 PM No comments: 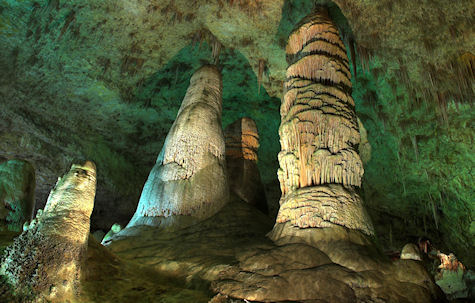 Caving (also known as spelunking or potholing) is the recreational pastime of exploring wild cave systems. For some of the caves listed in this article, you'll need climbing equipment and a buddy, for others, all you'll need is a pair of sneakers and a few dollars.
Here are 23 of the world's most insane caves that you can explore.
Posted by nacktman at 10:48 PM No comments: