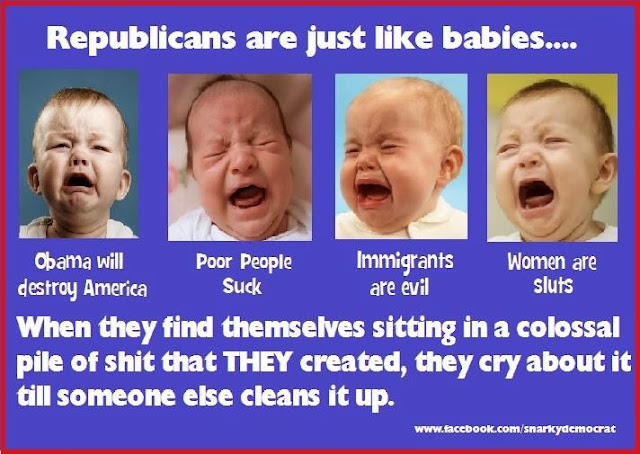 Carolina Naturally is going minimal today. With the body aches, runny eyes and nose of the flu it makes it hard to concentrates between coughing fits so we are posting a minimal amount to today. We hope the worst is over and tomorrow we can return to our regular postings.
Posted by nacktman at 6:53 AM No comments:

America's billionaires are able to avoid paying millions in inheritance taxes by renting empty storefronts in South Dakota in order to give their trust-funds an SD address, from which they can exploit a deliberate loophole in state tax-law. Over $121 billion in trust-funds is administered through South Dakota, mostly for out-of-state families -- a figure that's tripled in four years. South Dakota's corrupt tax laws also allow for avoiding millions in tax from ordinary investments by the richest people in NY and MA. South Dakota itself has some dire poverty -- two of the 10 poorest counties in America are in SD -- and lawmakers describe their project to turn the state into "the Bermuda of the prairie" as an economic development project, creating jobs for lawyers and bankers, and "[forging] ties with prosperous families that may one day decide to build a factory or a warehouse here."
The project has failed. The entire trust industry only employs about 100 South Dakotans, but repugican Governor Dennis Daugaard, a former banker, says it's worth it: "If you've got several hundred well-paying jobs, it's worth it to us."


Trusts overseen in the Kresge five-and-dime building hold all kinds of assets, from stakes in private companies to a castle in Italy. While their holdings aren’t public, securities filings sometimes offer a glimpse. In July, the two top executives at Monster Beverage Corp. (MNST), the Corona, California-based energy drink maker, shifted $478 million of their stock to undisclosed “entities” controlled by a trust company based in the building.
In 2010, the Pritzker family, whose members include U.S. Commerce Secretary Penny Pritzker, revealed in a securities filing that one branch had moved $360 million of Hyatt Hotels Corp. (H) stock to trusts overseen by a native South Dakotan named Thomas J. Muenster. Muenster, whose sister married a Pritzker, maintains an office in the Kresge building...
... In 2007, the Wrigley family, heirs to the candy fortune, transferred oversight of family trusts holding $1.9 billion of company stock to a private trust company in the Kresge building, according to an SEC filing.

Moguls Rent South Dakota Addresses to Dodge Taxes Forever
Posted by nacktman at 6:53 AM No comments:

Posted by nacktman at 6:53 AM No comments:

Now we know what causes narcolepsy

Narcolepsy is an autoimmune disease — a finding that helps explain why the 2009 swine flu (and the vaccine used to prevent it) was correlated with increased cases of narcolepsy.
Posted by nacktman at 6:53 AM No comments: 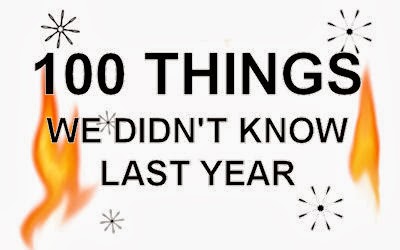 Interesting and unexpected facts can emerge from daily news stories.
Here's an almanac of the best of 2013.

These Snow Sculptures From China Are Simply Breathtaking 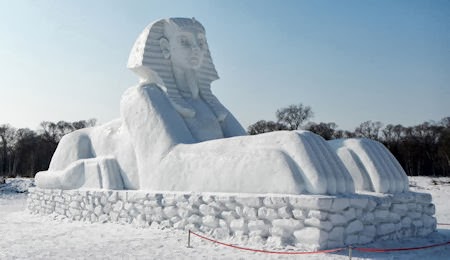 The annual Harbin International Ice and Snow Sculpture Festival was originated from local Harbiner traditional ice lantern show garden party in winter since 1963. It had been interrupted for a number of years during the Cultural Revolution but had been resumed and announced as an annual event at Zhaolin Park on January 5 in 1985.
Posted by nacktman at 6:52 AM No comments:

Parts of Manhattan are actually built on the wartime ruins of English towns - churches, homes, pubs, libraries, shops, and businesses - all shipped to the U.S. as ballast during World War II. 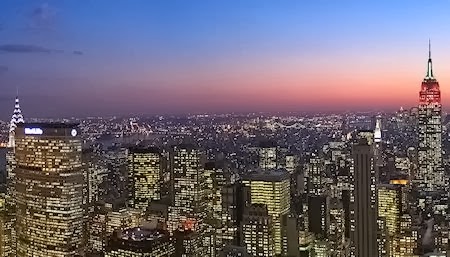 The city is thus, in an instant, revealed to be a weird layer cake of other cities, of ruins smoothed over ruins, paved under concrete and utterly unknown to the people driving over it everyday - unaware that, beneath them, there are still perhaps recognizable chunks of English cathedrals all packed in gravel and other broken chips of rock.
Posted by nacktman at 6:52 AM No comments: 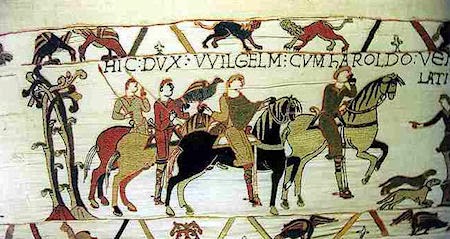 The year 2013 has shown how science can be a huge asset for medieval studies. Not only did it reveal the identity of a person buried over five hundred years ago, but it is also helping us read through manuscripts that were before unreadable, and allow us to walk through medieval buildings that are now ruins.
Posted by nacktman at 6:52 AM No comments:

Sea lion poo and cormorant guano in affluent La Jolla have caused a lawsuit in San Diego. Citizens For Odour Nuisance Abatement sued the City of San Diego and its Interim Mayor Todd Gloria, in Superior Court, demanding they clean up the odorous excrement from rocks by La Jolla Cove, and remove a fence that limits public access to it. The city has "exclusive dominion, control and responsibility for the maintenance of the cliffs in and around the La Jolla Cove and is responsible for keeping the area free of noxious odors," they say in the lawsuit. It was established this year to do just what its name says.
The group claims that the city "at some point in time and without public notice, "erected a fence along the sidewalk that runs along La Jolla Cove, preventing the public from accessing the rocks. The fence was built without an Environmental Impact Report (EIR) and is in violation of the Local Coastal Plan (LCP), which requires maximizing coastal access." The lawsuit continues: "Preventing coastal access to the rocks by the public gradually led to a build-up of excrement from sea lions and cormorant birds, causing noxious odors resulting in illness to the citizens of San Diego and others who visit this area. 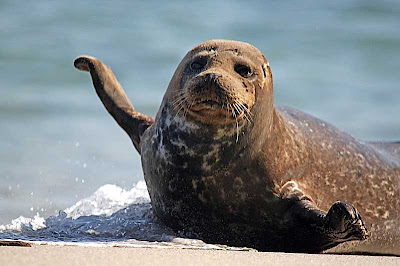 "The odors have also caused patrons to flee the business establishments in the area to avoid these odors, causing these businesses a loss of patrons and revenues." The odor-haters claim that the illegally erected fence is directly responsible for the excess of excrement: "if the public were able to merely be allowed to make use of the area as they did prior to the illegal fence being installed, the sea lions and cormorant birds would be more likely to stay away from the upper part of the rocks where they are leaving excrement causing foul odors as a result of the excrement not being washed away by high tides and wave action in this area."

In a feeling of resentment that could reasonably be estimated as high, the plaintiffs add: "Any feigned concern for the safety of the pedestrians walking on the rocks should be given short shrift as the installation of caution signs should be more than sufficient to protect the safety of the pedestrians that assume the risk of walking on the rocks." They describe the odor of the sea lion and cormorant poo as "foul, noxious and sickening." They want the fence taken down, and the area cleaned of the perilous poo and seek an order to show cause why the city should not abate the public nuisance, and an injunction ordering it to do so.

There's a news video here.
Posted by nacktman at 6:52 AM No comments:

Posted by nacktman at 6:52 AM No comments: